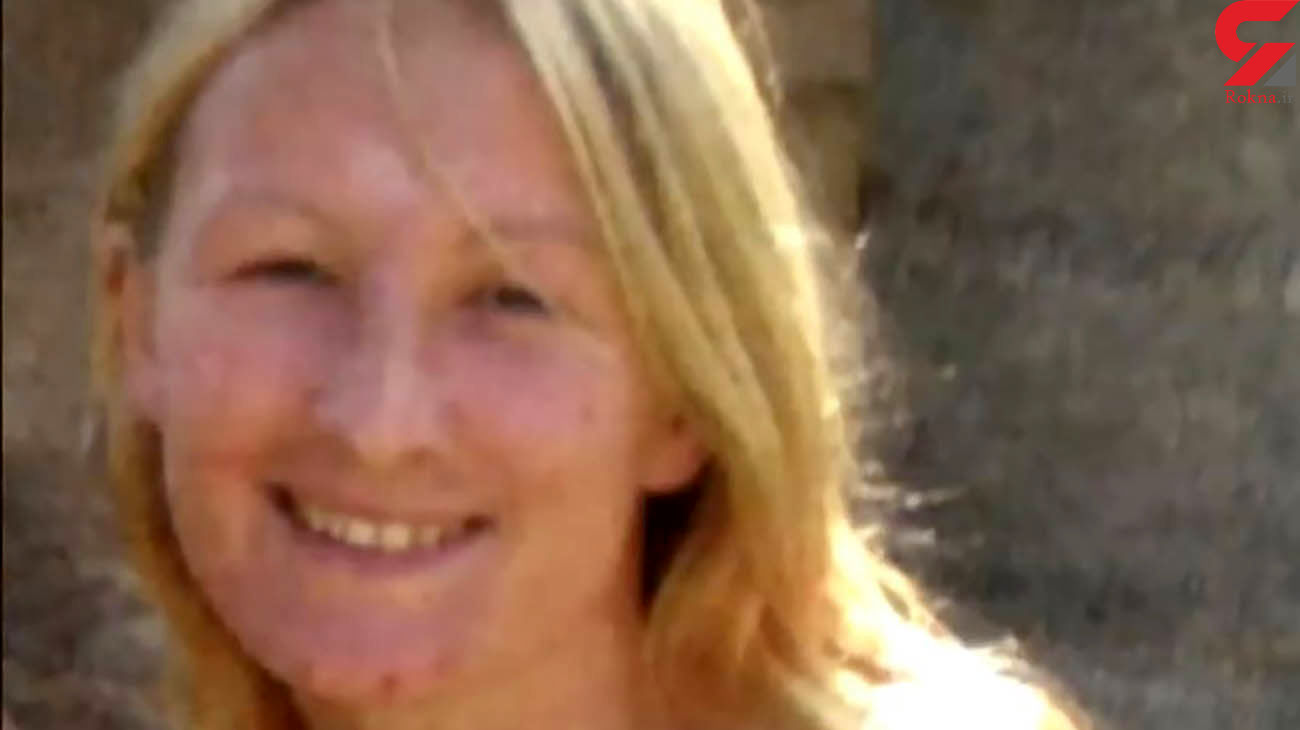 It was in the early hours of 15 July, 2017, and blue lights lit up the dark Australian night sky.

Police and emergency crews were dealing with a traffic accident on the Mitchell Freeway in Perth.

Suddenly, officers saw a vehicle driving towards them at high speed with the driver sounding the horn. They were on high alert as the car came to a halt right in front of the crash scene.

Gavin Barr, 52, leapt out of the car and started yelling, “She’s in the boot!”

Police cautiously opened the boot of the car and were horrified to find a beaten woman. She was rolled in carpet, with plastic tightly wrapped around her head.

Frantically, they ripped the cling film off her face and paramedics started CPR as Gavin was restrained, but the woman was declared dead at the scene.

Gavin said the woman was his housemate, Rebecca Gascoigne, and that he hadn’t killed her. Gavin had an explanation, but would police believe him?

According to his version of events, hours earlier, Gavin had returned home from work to the place he shared with Rebecca, 35, in Scarborough, Perth.

The pair had a complicated relationship. Rebecca had struggled over the years with drug addiction and had turned to sex work.

Gavin had been a client, but they’d become friends and he’d invited her to live with him.

Gavin was lonely and wanted to help Rebecca. He had savings he kept buried in the back garden and he used the money to support her.

He estimated he’d given her around $20,000, but Gavin feared a lot had gone on drugs.

Rebecca was a mum-of-three who wanted a settled life with a home, family and love. Six weeks before she died, she started dating Shawn Adam Newton.

It was a whirlwind romance, but Shawn, who had been staying with her, had a criminal record with convictions spanning 15 years – from assault to armed robbery.

Shawn was smitten with Rebecca and told her that he’d “never been so in love”. But Rebecca couldn’t see a future with Shawn and told him to move out.

On 14 July, Gavin got home from work and found Shawn there with a knife. Shawn forced Gavin into the bedroom where he was horrified to find Rebecca tied up by her hands and feet with cable ties.

She’d been beaten. Gavin was made to lie down on his stomach next to Rebecca. Shawn forced a sock in her mouth and punched her repeatedly.

He then wrapped her face with cling film, sealed a plastic bag over her head with black tape and rolled her in carpet. Rebecca was still alive, fighting for air, as Shawn delivered more blows.

Shawn said he had a gun and forced Gavin to carry her downstairs.

They put her in the boot of a car. They drove into the night, dropping evidence in wheelie bins, until Shawn pulled up at a car park at Kallaroo Beach, north Perth and got out to make a phone call.

Gavin took the chance and sped off in search of a 24-hour police station.

At one point he stopped and tried to undo the cling film around Rebecca’s face by clawing at it, but it was too tight so he kept driving for help.

While speeding down Mitchell Freeway, he saw the police attending the accident and stopped.

Rebecca had more than 33 soft tissue injuries which were proof of a sustained, brutal assault. A post-mortem revealed that she’d died from asphyxia and traumatic brain injury.

It was an extraordinary story. Investigators had to determine whether Gavin was telling the truth or whether it was an elaborate lie to get away with murder.

Police needed to find Shawn. It took them 10 days to track him down to a pub in north Perth.

When officers approached a man standing up and drinking a pint, there was doubt whether it was Shawn.

The man had brown hair, while Shawn was bald. CCTV captured the moment officers pulled the hair off his head. It was a wig.

Shawn was arrested. While he’d been hunted by police, he’d committed two armed robberies, but he denied killing Rebecca. His story was very different to Gavin’s.

Shawn told police that it was Gavin who murdered Rebecca. He claimed that Gavin had sexually assaulted her in bushland then beaten her to death.

So, whose version of events was the truth? Investigators knew Shawn had a motive for killing Rebecca as she’d ended the relationship.

He also had a criminal record. His DNA was on the belongings found dumped in wheelie bins and on duct tape, cable ties and cling film used to restrain Rebecca.

Shawn was charged with murder and Gavin became a key witness in the judge-only trial. Shawn was also charged with unlawfully detaining Gavin and threatening his life.

At the trial in 2020, Shawn said he was being set up by corrupt cops and testified that he was at the home of an acquaintance when Rebecca died – someone he’d just met that night via a mutual friend.

That man was an inmate he was in custody with at Hakea Prison. But the inmate was recorded talking to his partner from prison saying he was “really unsure” about the dates and hadn’t wanted to give the alibi but felt obligated.

Shawn also had an explanation for the wig he was wearing when he was arrested. It wasn’t a disguise at all. “I’m getting old, getting bald,” he said.

The defence said that Rebecca was scared of Gavin and that he kept her as a virtual “sex slave” in his flat because Rebecca would sleep with Gavin in return for money and drugs.

They said that Gavin was “extremely jealous” of Shawn.

Gavin testified via video link and said he would have to be a “criminal mastermind” to have pulled off the murder and framed Shawn for it. And why stop and tell police he had a body in the boot?

He admitted he’d spent money on Rebecca, sometimes for sex, but mostly from “the goodness of my heart”. He said he’d felt sorry for Rebecca, who was “horribly messed up” on drugs.

“The money just kept flowing,” he said. “I didn’t mind. I’m just a lonely guy with nothing to spend my money on. I’d sort of fallen for her to some extent, but I was careful not to fully because it wasn’t that kind of situation.”

While Gavin was emotional about Rebecca’s fate, Shawn, 45, downplayed his relationship with her. He claimed they were more like “friends with benefits”.

But the prosecution said Shawn had been furious over the break-up. They said he had even dug a grave near the coast, ready for her body.

The court was told that Gavin had been innocently involved in the sadistic crime and the judge agreed.

In September 2020, Shawn was found guilty of murder and guilty of unlawfully detaining Gavin Barr and threatening him.

Three months later, Shawn faced sentencing. The judge told the court that it was very likely Rebecca, who was described as being vulnerable, was “alive for some time” after her head was wrapped in plastic.

“Your attack on her was sustained and prolonged,” he said, describing Rebecca’s death as “agonising and terrifying”. He added that Shawn had a callous disregard for her suffering.

The judge made clear that Gavin hadn’t committed the crime – he’d helped dispose of her body because he had feared for his life.

The judge sentenced Shawn to life in prison and told him he would spend 25 years behind bars before there would be a chance of parole. There were also four years for the charges regarding Gavin, to be served concurrently.

Outside the court, Rebecca’s dad Steve told reporters that there were “no winners” and he was disappointed with the sentence.

“I think he should have been executed,” he said.