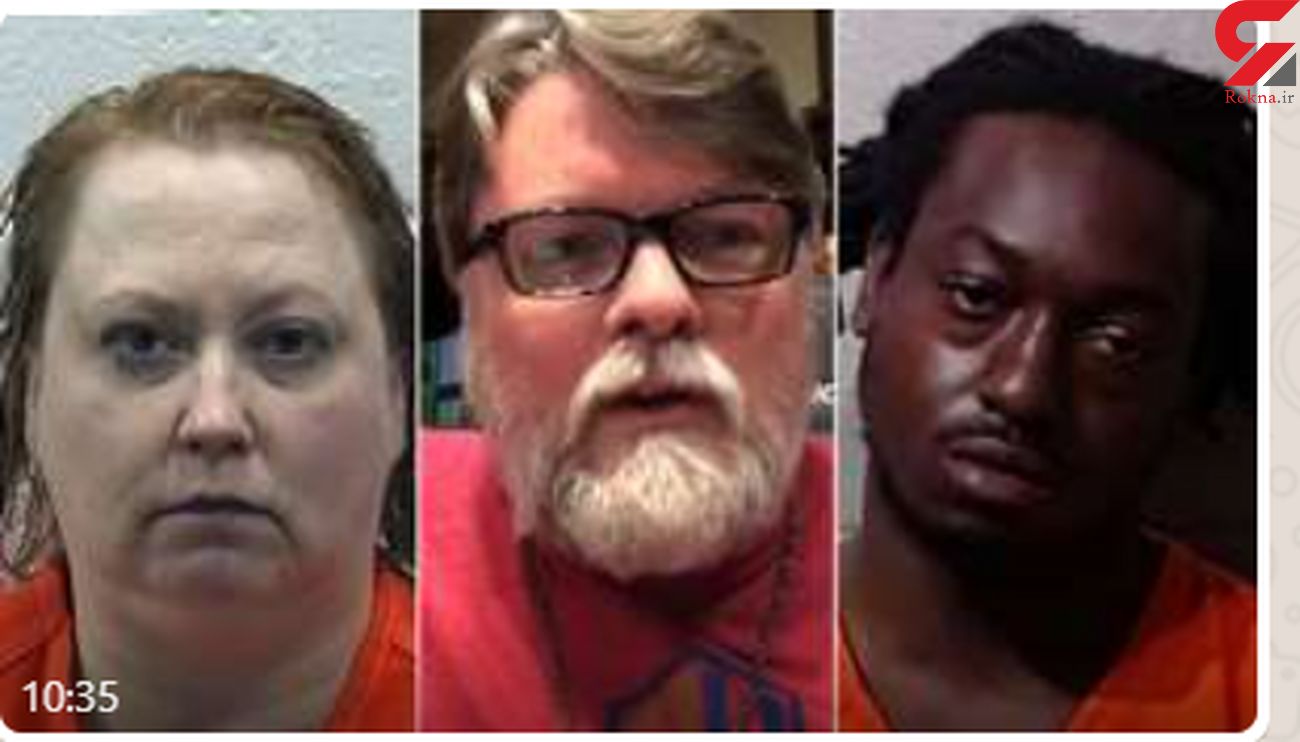 The wife of an Oklahoma pastor has confessed to plotting his murder with a man the couple met up with for threesomes in a love triangle gone wrong, authorities said.

Kristie Dawnell Evans, 47, was arrested Thursday after admitting to her role in the March 22 fatal shooting of David Evans, pastor of Harmony Free Will Baptist Church in Ada, the Oklahoma State Bureau of Investigations said Friday.

Evans called 911 to report an intruder busted into the couple’s home at 1 a.m. and shot her 50-year-old husband, who was later pronounced dead at the scene.

But an investigation revealed Kristie Evans and a man she and her husband met up with at a hotel for sex “on more than one occasion” had plotted to kill him, according to an arrest affidavit obtained by The Oklahoman.

“On one of those occasions, Kristie secretly dropped her phone number on the floor for Kahlil,” the agent said. “Kristine continued to communicate by phone daily with Kahlil without David’s knowledge.”

David Evans was a pastor at Harmony Free Will Baptist Church in Ada, Oklahoma. Instagram

Kristie Evans told investigators Square stayed at the couple’s home from March 17 to 19 while her husband was on a missionary trip to Mexico. She also claimed in another interview that David Evans was verbally abusive — regularly calling her “slut, fat, ugly and whore,” the affidavit states.

Evans told Square about the alleged abuse and said “it would be nice to have more freedom,” according to the affidavit.

Square and Evans then plotted the murder as David was in Mexico, authorities said.

“The plan was for Kahlil to come into the house in the middle of the night and shoot David with the gun and ammunition that actually belonged to David and that Kristie had given Kahlil,” OSBI Capt. Beth Green told KFOR.

One day earlier, Evans posted on Facebook the necklaces her husband had sent her while in Mexico, according to the report.

“So, every day I opened a card and was reminded of how blessed, loved and lucky I am!” Kristie Evans wrote. “I love you so much, David!!!!”

But an affidavit shows Evans told her daughter prior to confessing that she had “begged” Square to kill her husband, who was shot in the head while he was lying in bed, The Oklahoman reported.

Kristie and David Evans had met with Kahlil Square for threesomes. OSBI

Kristie Evans admitted giving Square the gun and bullets that police say were used in the slaying — and left a back door unlocked for him to get inside, according to the affidavit.

Evans also admitted to urging Square to “proceed with the plan” upon finding him hiding in the dining room and being concerned about making too much noise, authorities said.

Kristie Evans said she hid in the living room until she heard a “pop” from the bedroom and then called for help from bed as Square ran out a back door, the affidavit states.

Kristie Evans and Square are now facing first-degree murder charges in the slaying. The Harmony Freewill Baptist Church said in a statement Friday that it was shocked by details of the ill-fated love triangle that led to the pastor’s death.

“The circumstances that are now coming to light have taken us by surprise and we are greatly saddened,” church officials told KFOR. “We are aware that even pastors can succumb to human frailty and we ask that our privacy be respected at this time as we as a church family grieve and process all of these events.”