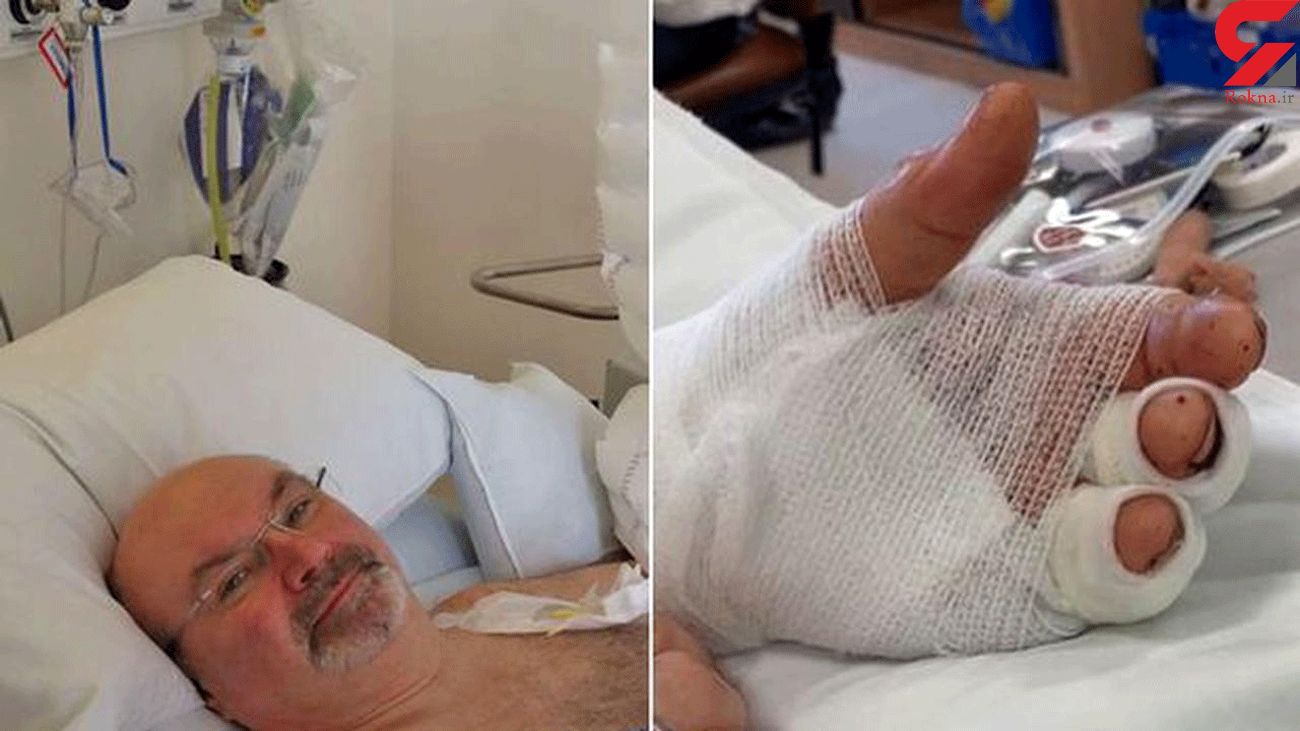 A man's hand has been miraculously saved by surgeons after it was completely ripped off in a horrifying accident at work.

After a marathon 11-hour operation experts were able to re-attach the severed limb in an extraordinary battle against time.

Christopher Wright had been working on Monday February 15 when his left hand got caught in a machine and was chopped off.

The 57-year-old was rushed to hospital, where expert surgeons worked to reattach his hand to his arm, Derbyshire Live reports.

Now, just seven days later, he is well on the road to recovery and has thanked the "amazing" staff who helped him.

Mr Wright, who is from Oswestry in Shropshire, said when the incident took place he knew straight away there was a serious problem.

He said: “Whilst working on a cardboard cartons machine, the chains grabbed my overalls and pulled my hand in to the machine.

"I heard a snap noise and at that moment I knew I had lost my hand.

“After going on a first aid responder course a couple of years back, my training from then instantly kicked in. I grabbed my arm out of the machine, squeezed it and called for help.

"I called for a first-aider who then called for an ambulance. I remained conscious for the whole time that this was happening."

Mr Wright was rushed to the Major Trauma Centre at Royal Stoke Hospital, while his hand was kept close to him in a separate and secure bag.

He was then transferred to the Pulvertaft Hand Centre at Royal Derby Hospital by the North Wales Air Ambulance where he was operated on by consultant hand and plastic surgeon, Miss Mary O'Brien and her team.

In the operating theatre, Mr Wright's hand was reattached to his forearm, although he has lost his little finger and 6cm from his arm where surgeons had to cut it to create a smooth surface for the reattachment.

Mr Wright, who is now recovering and already has some movement in the limb a week later, is looking forward to going home and seeing his wife again, as she is not allowed to visit due to Covid rules.

He said: "The work the surgeons and staff have done is absolutely amazing - they are unbelievable people.

"There are no words that can express how thankful I am to all of the teams that have cared for me.

"Everyone has been amazing, and so kind – not just to me, they have been so supportive to my wife back at home too."

Miss O'Brien said the operation had been a true team effort and was delighted to see her "incredibly inspirational patient" on the mend.

She said: "He has a very positive outlook and is motivated in the face of what has been a life changing industrial injury.

"Due to the nature of the injury, the surgery came with additional challenges; this resulted in an eleven-and-a-half hour operation to reattach Mr Wright’s amputated hand.

"This was an extremely complex procedure which involved five Consultant Surgeons from the Pulvertaft Hand Centre as well as a wider multi-disciplinary team.

"The combined skill set of the team with backgrounds including Plastic and Orthopaedic training was fundamental to achieving the very positive outcome that at this early stage we are all so pleased to witness."Follow the Official Rokna NEWS Telegram Channel For More and fresh NEWS.