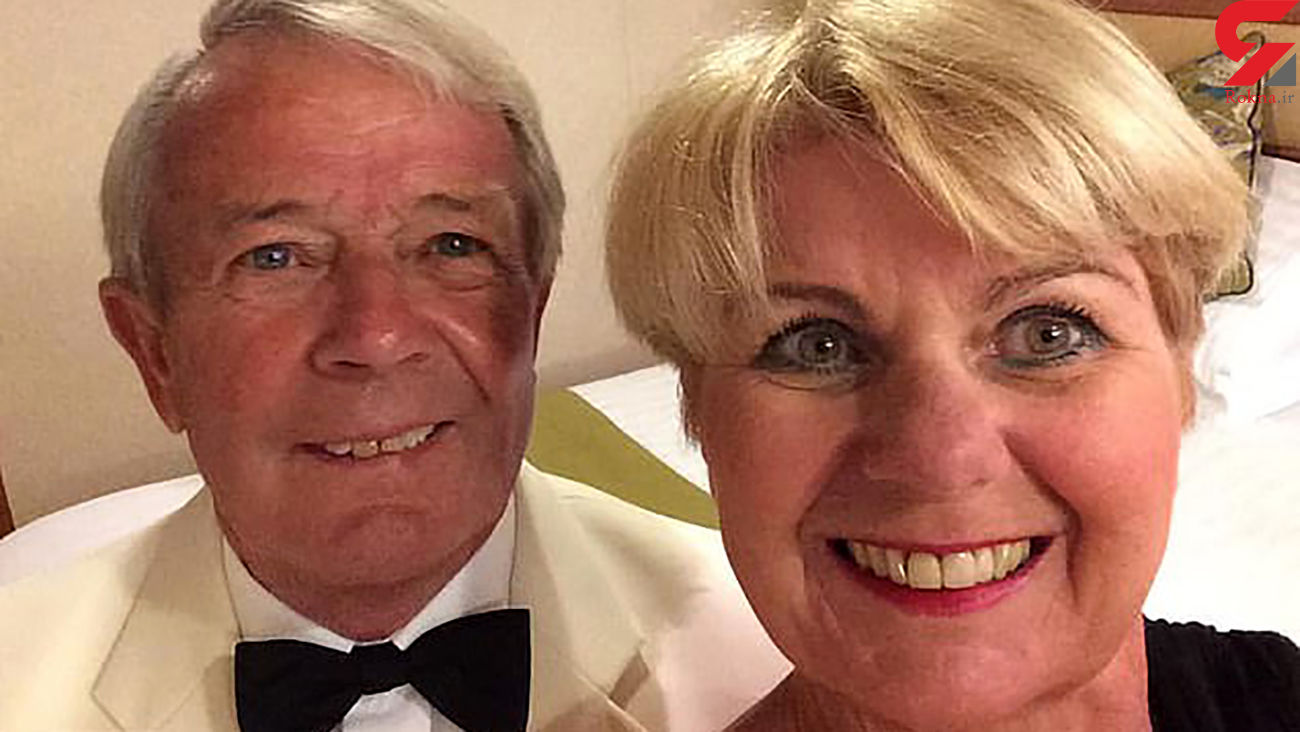 Penelope Jackson, 65, has been charged with murdering David Jackson, 78, at the property in the village of Berrow, near Weston-super-Mare, on Saturday night.

Mrs Jackson’s son-in-law, Jeremy Mullins, said the couple had been in the kitchen at their bungalow in a quiet cul-de-sac when a quarrel apparently began.

He said: ‘It was one of those petty rows, apparently over a phone charger for an iPad. They both wanted to charge up their devices and there was only one charger, so they started rowing about who could use it first.'

Mr Jackson, who was a former senior Army officer and captain of a local golf club, died from his injuries. A post-mortem confirmed he suffered from a number of stab wounds.

His sister, Jenny Bliss, described him as a gentleman and keen golfer.

She said: 'He was a lovely man. It's very sad. They had a beautiful home. They were well respected, both of them.

'He served in the Army and she served in the Ministry of Defence, high up, actually. She had her head screwed on. Then she was a chartered accountant.

'They travelled on cruises, money was no object for them. They had so much to live for, which is why it's so sad.

'They had a hot tub - they had that done recently. I couldn't have wished for a nicer brother.'

She also said that her brother was an ardent supporter of Birmingham City Football Club. Other relatives confirmed that Mrs Jackson had been married three times before.

They said that her husband had been highly ranked in the Royal Logistics Corps before moving to a post at the Ministry of Defence.

Relatives added that the Jacksons had been married for 25 years with a daughter and other children from previous relationships.

Forensic officers were seen behind a police cordon collecting evidence from the bungalow yesterday.

Shocked neighbours of the Jacksons said they had 'never heard a cross word' exchanged between the couple.

Locals in the Somerset village also told of the couple's love of gardening.

One neighbour, who asked not to be named, said: 'They were the perfect neighbours. They were always friendly, didn't make a lot of noise and I literally never heard a raised voice or cross word between them.

'They loved gardening and were out there night and day, working away.

'I don't know what has happened. The first I heard was when the police and an ambulance arrived on Saturday. It is such a shame.'

Another neighbour said: 'They seemed like a nice, ordinary couple. I'd see them coming and going and we'd always exchange hellos and they seemed very pleasant.

'Whatever has gone on in there is terribly sad for all concerned.'

Mrs Jackson, a retired chartered accountant for the Ministry of Defence and the Department for International Development who turns 66 today, has been charged with his murder and appeared before Taunton magistrates yesterday.

DI Roger Doxsey, of the Major Crime Investigation Team, previously said: 'Our thoughts and sympathies go out to the man's family at this time.

'A family liaison officer will provide specialist support to them at this difficult time.

'Our enquiries are at a very early stage, but we believe this to be an isolated incident at this time.'

A spokesman for Avon and Somerset Police said: 'Police and paramedics were called to an address at approximately 9.15pm on Saturday after a 78-year-old man had been severely injured. He was pronounced dead at the scene.

'A post-mortem was carried out yesterday and revealed he had died following a number of stab wounds.'