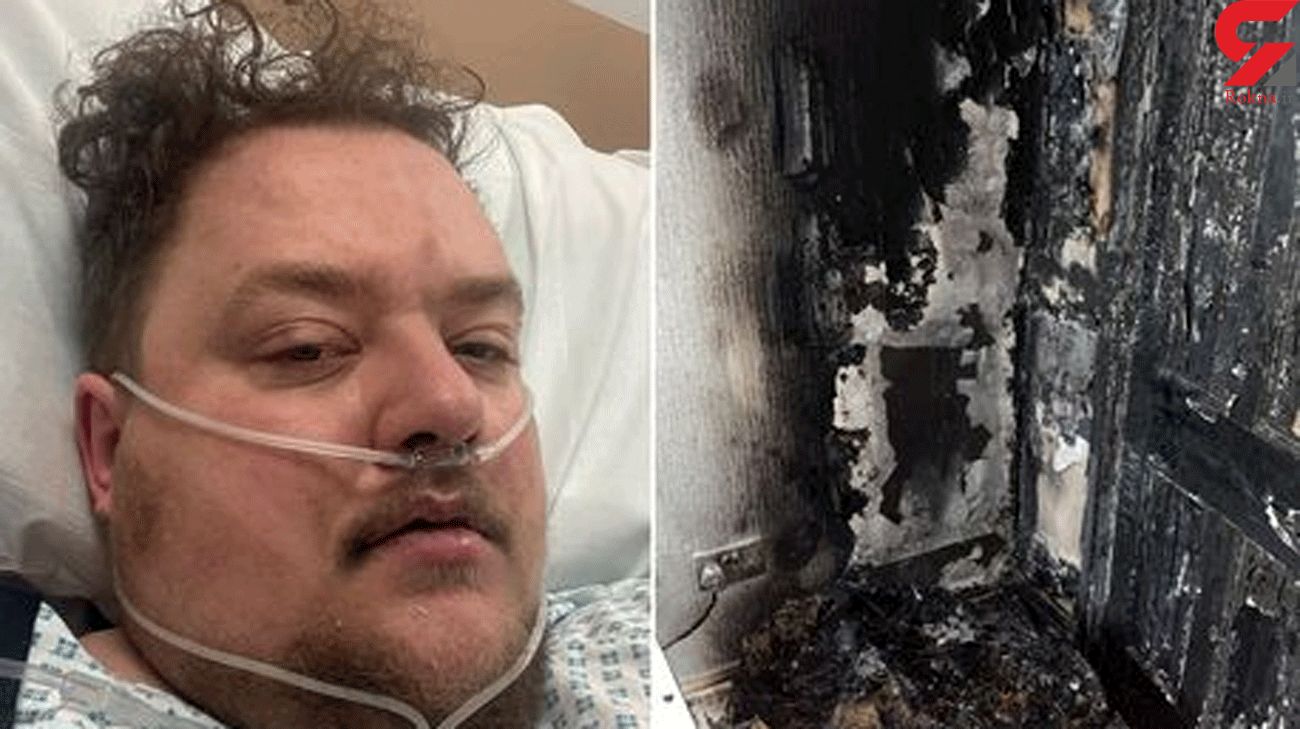 A brave man says he is "lucky to be alive" after he jumped from his upstairs window to escape a house fire which almost destroyed everything his family own.

Jamie Jillo, from Cleethorpes in North East Lincolnshire, leapt from the window in just his jogging bottoms to escape the blaze on January 27.

Dazed by smoke inhalation and choking on corbon monoxide, Jamie landed on his side and believes he broke his back and ribs.

The 31-year-old was taken to Grimsby's Diana, Princess of Wales Hospital without a top, shoes or socks and placed on oxygen for six hours, reports Grimsby Live.

He said: “It’s not what you expect to wake up to. “There was no time to react – I just jumped out of the window in what I had on.”

Jamie was found by a neighbour who phoned for an ambulance and the fire brigade.

He said: “The ambulance and fire brigade arrived within five to 10 minutes – I’m so grateful for how quickly they responded.

“They were speaking to me but I was so dazed. I’m lucky to have survived it – it has really shaken me up.”

Jamie had been staying with his partner Hollie Wustrack and her two children throughout the pandemic. Hollie, 29, was dropping her children Sienna and Darcie off to school when the fire happened at about 9am.

She said: “He rang up and said he couldn’t breathe – it was the worst phone call of my life.

“I had dropped off the girls and I got in a taxi and ran down the street – I have never run so fast in my entire life.

“His eyes were blood shot, he was wrapped in foil to keep him warm – but it was like he didn’t know who I was. He was just looking through me.”

Most of the children's toys were destroyed in the fire and their clothes.

Jamie is now waiting for an X-Ray later this month to see the extent of his injuries.

Jamie says he has been lucky time and time again as he has twice been run over by a car. He added: “I’m like a cat with nine lives”.

They are unable to move back into their home due to fire damage but hope to secure a permanent property later this month.

A fundraising appeal has been launched to support the family-of-four through the ordeal.

It is currently unknown how the blaze began – but it destroyed almost all of their belongings.

Hollie added: “I’m well known on St Peter’s Avenue – everybody has been so kind giving us food and clothes.

“I’m not usually one to accept things from others so it has been quite embarrassing – but I am so grateful.”

Jamie said: “You don’t want to dwell on what has happened. You need to look towards the future. That’s what I’m doing – trying to move on.”

A Go Fund Me page has so far raised £935 of its £5,000 target.Follow the Official Rokna NEWS Telegram Channel For More and fresh NEWS.