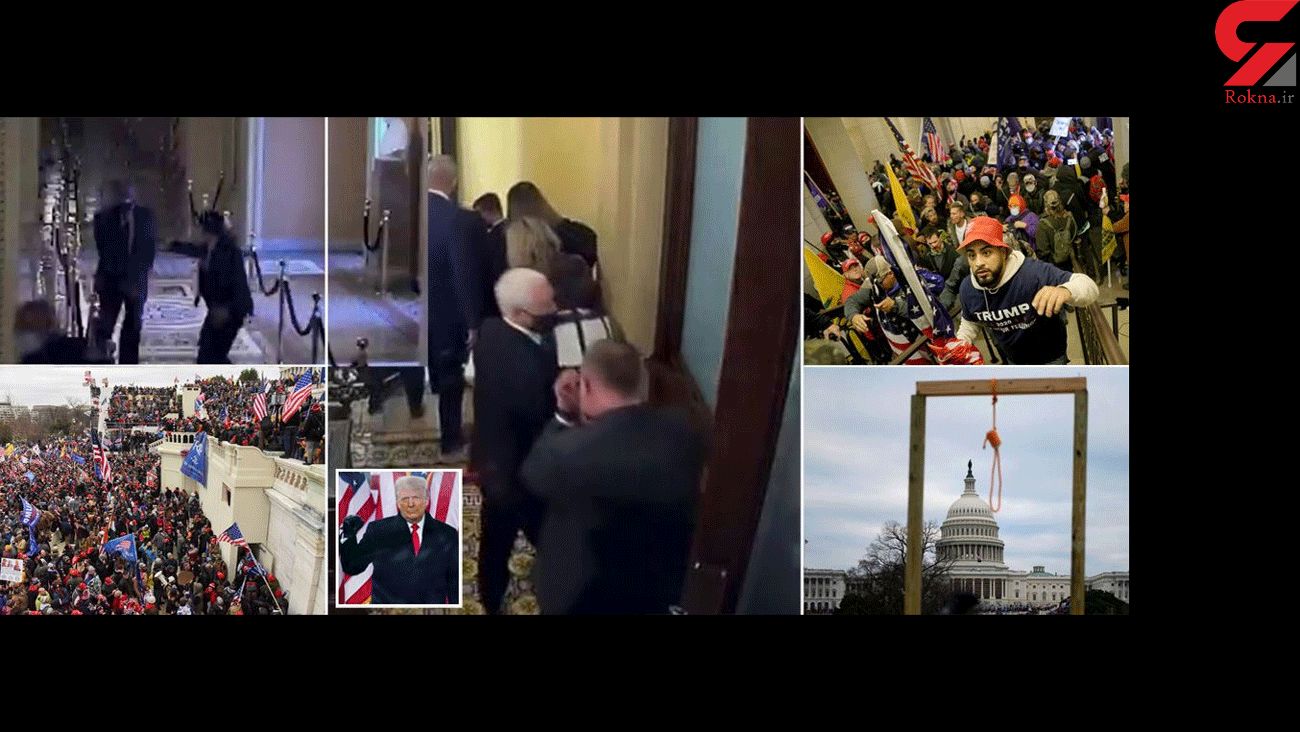 Chilling new footage from the deadly US Capitol riots has shown agents rushing the ex-Vice President to safety after an angry mob screamed 'hang Mike Pence.'

The footage showed the furious mob chanting death threats before later coming within metres of the room where Pence was hiding with his family.

The frightening scenes prompted one US Senator from Trump's own Republican party - Lisa Murkowski - to say that the evidence presented so far in the trial was 'pretty damning.'

On the second day of the impeachment trial, Representative for Texas Joaquin Castro made a powerful statement accusing Trump of failing in his duties as Commander-in-chief to protect people within the Capitol.

He said that during the rampage, Trump tweeted Pence "didn't have the courage to do what should have been done."

A video showed rioters spreading word of Trump's tweet to one another on bullhorns.

"He further incites the mob against his own vice president, whose life was being threatened," Castro said. "Donald Trump left everyone in this Capitol for dead."

"President Trump put a target on their backs and then his mob broke into the Capitol to hunt them down," she said.

She went on to detail how people were talking on social media about how they were planning to kill Mr Pence.

The footage - never before seen - went on to show Officer Goodman bravely leading the mob away from the Senate, all while Vice President Pence was still in a room near the chamber.

In stark images showing just how close the mob came to him Pence was seen being evacuated close to the area where the mob had been led away from.

Trump is accused of whipping his supporters into a violent mob by repeatedly and falsely claiming he hadn't lost the presidential election, despite repeated investigations showing no proof of voter fraud.

Representative Joseph Neguse said: "Trump realised last spring that he could lose the November election and began planting seeds of anger among his supporters by saying he could lose only if it was stolen.

"If we are to protect our republic and prevent something like this from ever happening again, he must be convicted."

"The truth is President Trump had spent months calling on his supporters to march on a specific day, at a specific time, in specific places, to stop the certification," she said.

Trump's actions threatened a hallmark of American democracy, the peaceful transfer of power, the Democrat continued, calling Trump the "inciter in chief."

e House of Representatives first charged Trump with inciting an insurrection by exhorting thousands of supporters to march on the Capitol on the day Congress was gathered to certify Democrat Joe Biden's electoral victory.

The rioters stormed the building, sending lawmakers into hiding and leaving five people dead, including a police officer.

The trial, which got under way earlier this week, could finish as early as Saturday or Sunday, according to reports.

Trump's lawyers will later have 16 hours to deliver their side of the argument once the House managers are finished. Trump is not expected to make an appearance.

Conviction, while unlikely, could lead to a vote to bar Trump from running for office again.

A two-thirds majority in the Senate must vote to convict, which means at least 17 Republicans would have to defy Trump's still-potent popularity among Republican voters.

On the first day of the trial, just six out of 50 Republican senators broke ranks to vote that the trial could move ahead even though Trump's term ended on January 20.

In an Ipsos poll conducted for Reuters 47 per cent of respondents said that Trump should be convicted, while 40 per cent said he should not.Follow the Official Rokna NEWS Telegram Channel For More and fresh NEWS.