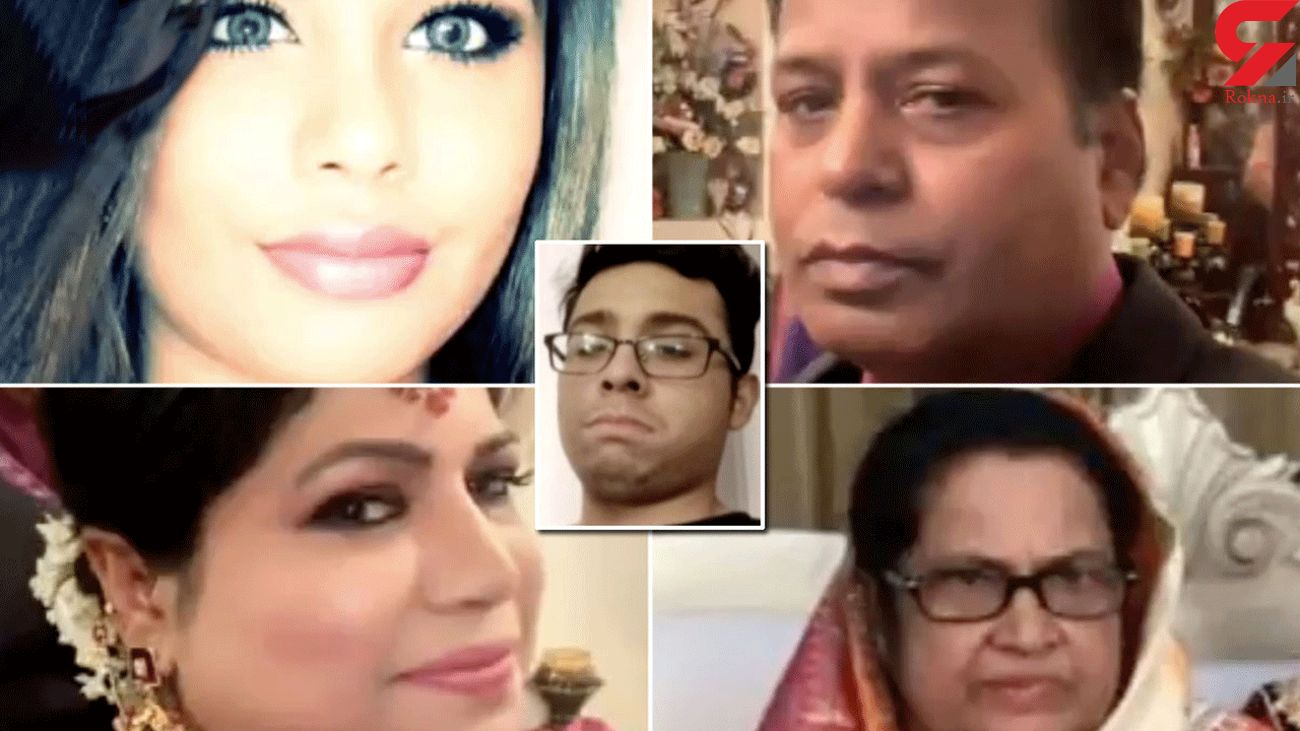 The parents of Menhaz Zaman loved to brag about their son. They’d proudly tell everyone that Zaman, then 23, always put his family first and was about to graduate with an engineering degree so he had a bright future ahead.

Other parents in their social circles quietly wished their sons were as straight-laced and reliable. Dad Moniruz, 59, and mum, Momotaz, 50, couldn’t wait to attend his graduation and see him collect the scroll he’d worked so hard for.

Zaman lived with his parents, his sister Malesa, 21, and grandmother Firoza Begum, 70, in Markham, Ontario.

His parents had originally emigrated from Bangladesh to Canada in search of opportunities.

Moniruz established himself at a local taxi business and when Momotaz got involved in property rental, her mum Firoza also emigrated to Canada, to help raise their children.

The couple were proud of their roots and made sure their son and daughter were respectful of their Bangladeshi heritage.

At the core of their teachings was the importance of family and a strong work ethic. Zaman and Malesa had been told from childhood that education and hard work were the foundations of success.

By 2019, Malesa was at university and wanted to be a neurosurgeon. Her brother left the house every day to catch the bus and returned with talk of his mechanical engineering studies at York University.

Zaman hadn’t started at York University at all – he had enrolled at a local college but he’d quickly failed the classes, and despite being given the chance to repeat them, he still didn’t succeed and dropped out in 2015 after a couple of semesters.

Only, he didn’t tell his family. He just left the house every day, with his backpack and laptop, and pretended he was going to university in an elaborate lie that continued for years.

At the start, Zaman did head to campus, but he’d just find somewhere quiet to play the multiplayer role-play video games that he was obsessed with. He made online friends from around the world and disappeared into a virtual life – where he wasn’t failing.

After a while, he started hanging out at the local shopping mall, or he’d go to the gym. His family didn’t suspect a thing and with Zaman’s impeccable behaviour at home, he raised no suspicions.

By the summer of 2019, he knew time was running out. His parents were excited about attending his graduation – and Zaman knew his secret was about to be exposed.

For three years, he had harboured a disturbing idea about how to avoid telling his parents, and it was time to put his plan into action.

On 27 July, the day before he was set to graduate, Zaman’s dad was at work, his sister was at her part-time job at a grocery store, and his mum and gran were having a lie-down.

At around 3pm, he killed his mum by hitting her, with what was believed to be a crowbar, and slitting her throat with a kitchen knife. Then, about an hour later, he did the same to his grandmother.

Zaman played video games for hours and took naps as he waited for his sister to come home. When Malesa walked in the door, he hit her over the head and slit her throat, too.

It would be closer to midnight, an hour later, when his dad got back from work, and Zaman finished off his despicable spree by bludgeoning him over the head and cutting his throat.

Zaman was now in a house with the corpses of his family. Instead of calling 911, or even going on the run, he started to talk to his online gaming friends.

“I’ve just slaughtered my entire family,” he wrote, and said that he was likely to spend the rest of his life in prison. At first, they thought he was joking and this was a twisted way to get attention in the virtual world.

But then Zaman sent some pictures of the bodies to a few friends, and a selfie of himself holding a bloody knife, and they grew deeply alarmed.

With only a gaming username for Zaman, and Canada as his location, the online community scrambled to alert authorities.

Eventually an IP address was tracked to Zaman’s home and officers arrived there on the afternoon of 28 July. Zaman was still there – and upstairs were the bodies of Momotaz, Moniruz, Firoza and Malesa.

Zaman was arrested and initially charged with four counts of first-degree murder.

The massacre shocked the community, and everyone was in disbelief that the killings had been carried out by Zaman – the golden boy who helped his mum carry the shopping and had so much to look forward to. He’d never been in trouble in his entire life.

Zaman admitted that he’d killed his family because they were about to find out that he’d lied for years about his education.

He didn’t want them to discover that he was a failure with a double life, which was something he admitted he’d been dreading.

Investigators discovered that he’d texted friends after the killings saying he’d been “planning this for three years”.

And that while he was a “pathetic coward” and “subhuman”, after killing his whole family, the “shaking has stopped”.

The court was told that he had slit the throats of his entire family, simply to avoid telling them the truth.

It’s possible that if the case had gone to trial, his mother’s charge would have been first-degree, but the court accepted the plea.

Two months later, Zaman faced sentencing in a virtual, Covid-restricted courtroom, and he spoke briefly. “I would like to just apologise to anyone I have impacted negatively with my actions,” he said.

“Especially to the people who knew my family – friends and loved ones who I know could have never seen something like this from me happening.”

The judge was openly damning about his actions and said that what he’d done was “deeply disturbing” and deserving of severe punishment.

“Words such as brutal, cruel, cold and callous do not begin to convey the enormity of his violence,” she said.

“It is difficult to imagine a more horrific way to take a human life than by slitting the victim’s throat. Mr Zaman did so not just once, but four separate times over a span of hours.

“No right-thinking member of society would see any remote correlation between the imminent disclosure of the secret of Mr Zaman’s non-attendance at school and the vicious taking of the lives of the four people closest to him.”

The judge added that it was a “betrayal of trust” that took place in the family home where everyone should feel safe.

She was in disbelief that while his mum and gran lay dead upstairs, Zaman played video games and napped while he waited to execute his dad and sister the same way.

Zaman, 24, was sentenced to life in prison with no chance of parole for 40 years, which means he’ll be 64 before he gets the opportunity to taste freedom.

Zaman had been living a lie for years and that charade came to an end with a violent quadruple murder.

His loved ones were slain without even knowing why, at the hands of a family member they idolised. Zaman had killed to keep his secret – but now the whole world knows.Follow the Official Rokna NEWS Telegram Channel For More and fresh NEWS.