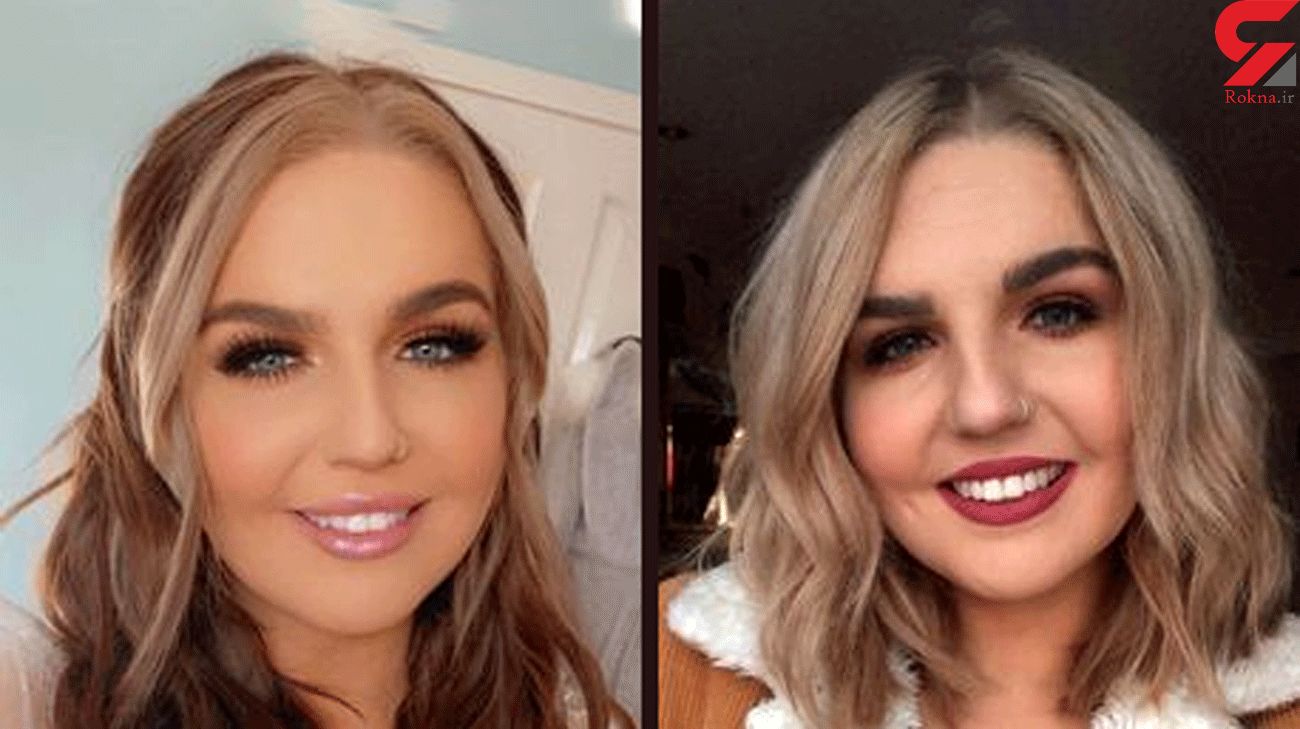 A young woman who was sexually assaulted in the back of a taxi following a night out has waived her right to anonymity to encourage others to speak out about their trauma.

Abbi Lawther from Co Down, Northern Ireland, was 21 when she was attacked by Donaghadee man Simon Cash in 2018.

Footage of him targeting his victim in a taxi following a Christmas night out had been captured on CCTV and his DNA was found in the taxi, on his victim and her clothes.

The then 22-year-old Dundee University’s School of Nursing and Midwifery student was convicted of sexual assault and sexual assault by penetration but was only given 100 hours community service and three years probation.

The Director of Public Prosecutions (DPP) felt the sentence was "unduly lenient" and won an appeal, Belfast Live reports.

Cash, who remains on the Sex Offenders’ Register, was as a result jailed for 18 months in March 2020.

He is now back in his home town of Donaghadee, the same seaside town where Abbi works as a beauty therapist, as he has recently been freed on parole from HMP Maghaberry.

"My friends have already seen him. There was a time I knew I’d have run if I'd spotted him. But today, after two years of hard work to recover from what he did to me, I hope I’d stand my ground.

"That monster changed my life forever but I’m working to make it a better life and I refuse to live in the shadow of his crimes.

“I’ve decided to speak out because two years ago I wanted to die and I never imagined back then that I'd actually be here today. I had suicidal thoughts and plans. I felt so dirty and stained, ruined by him.

“I still have moments when my resolve wobbles but I’m much stronger. I’ve relied on my family and friends and I’ve been having cognitive behavioural therapy (CBT) which has really helped me. The sadness that once overwhelmed me has lifted and life is improving.

“I know I’m not the only girl to go through something like this and I want other people to know it’s OK to be devastated, it’s OK to speak out and seek justice. I did it and I’ve survived.”

Abbi had been on a Christmas night out two years ago when she met bearded student nurse Cash in Betty Black’s night club in Bangor where he mingled with her pals.

She said: “He seemed to latch on to me, every time I took a step away, he was there.

“A couple of girls said to steer clear of him, said he was odd. One said, ‘I wouldn’t walk on the same side of the street as him’.

“She didn’t explain any further and I didn’t ask. There was nothing extraordinary about him. He had thinning dark hair, he was overweight, he was dull.”

At 1am the group went to the car park at the rear of Betty Black’s to wait for a prearranged minibus taxi.

Abbi said: "I remember being tired but I’d had a great night. My best friend Sarah was nearby with another couple of friends and Cash asked them if he could jump into our taxi because he was going the same way.

“I sat down on the kerb, pulled my knees to my chest, put my head on my knees and closed my eyes. Someone sat down beside me.

"It was Cash. He started to rub my back. He asked me, ‘Abbi are you awake?’ I wanted nothing to do with him. I said nothing and presumed he’d leave me alone.

“But suddenly he shoved his hand under my dress and inside me. I literally froze. I felt paralysed, unable to get away. That’s one of the things that I have found hardest to come to terms with, not hitting him or screaming.

“Suddenly the taxi arrived and I heard my name being called. I managed to jump up and raced to the back seat. I squeezed myself into the corner and crossed my legs and tried to understand what just happened.

"I had to get away from him. My mind was racing. Why would anyone do that?

“But he jumped in right beside me and squeezed up to me. Now I was trapped. I didn’t scream or tell him to leave me alone, or shout for help. I closed my eyes tight and put my head against the window and hoped he’d leave me alone.

“He tried to hold my hand and I resisted so he knew I was awake. He tried to open my legs and I fought it. But he kept going, he shoved his hand between my crossed legs again. I was terrified.

"My friends were right in front of me but I was frozen. At the same time this monster was talking away to the driver about how busy she’d been. There was music playing. It was a karaoke taxi. It was meant to be fun but it was the longest journey of my life.

“Cash grabbed my hand and forced me to touch him and then he wiped his hand on my jacket. I thought I was going to die right there, die of terror and disgust. But that act would later be one of the main pieces of evidence against him.

“I was so scared, so violated and confused. I wanted to scream and shout and hit him. He was big and strong. It was like my body was paralysed, my voice was paralysed.

"I’ve been told that's very typical of people who are being raped or sexually assaulted, but it's hard to understand.

“The taxi stopped at my friend’s house and he got out. I don’t remember getting out of the taxi, just my legs feeling like jelly. What had happened to me? He tried to lift me up and put me over his shoulder but I managed to run to my friend’s house.

“I was shaking, cold, my teeth were chattering. I kept telling Sarah, ‘open the door, hurry up.’ I was desperate. I bolted past her. I was scared he’d come in and get me again.

“I jumped into my Sarah’s bed fully clothed and closed my eyes. I couldn’t believe what had just happened. Looking back now I was in terrible shock.

“I texted a friend and said something bad had happened, and told her to tell Libby, tell my sister.”

The PSNI caught up with Cash on December 24 and arrested him. They questioned him and took his DNA and fingerprints before releasing him on police bail.

Abbi said: “That’s when I found out he was a student in the nursing and midwifery school at Dundee University.

“This man was training to give care to vulnerable women and he’d just sexually assaulted me.

“I knew I had to tell and try to make sure other girls didn’t become another victim of this pervert.

“Initially he pleaded not guilty but there was video evidence and DNA - and the truth.”

But by July and the court case looming, Abbi was at rock bottom, feeling suicidal and terrified she would bump into Cash in the street.

She said: “I felt haunted. In November 2019 just before he pleaded guilty I was ready to pack it all in. I was exhausted.

"I’d get calls from Victim Support on my mobile and I’d hunker down in a back room at work and weep, then go back to my client and act like life was normal.

"I just felt I’d lost. I felt like I was already gone.

“I was afraid of being slut shamed at trial and I was ready to back out but I kept putting the decision off until suddenly he was in court.”

On November 20, 2019 Simon Cash pleaded guilty to "sexual assault by penetration on a woman without consent and intentionally touching the same woman in a sexual manner without her consent". A third count was left on the books.

Abbi said: “I tried to be happy that he’d been convicted but it was impossible because he was still free. I just hoped others would see him for who he is – a sex offender.”

Four months later Cash was back in court after the Director of Public Prosecutions referred the sentence to the Court of Appeal as being unduly lenient.

This time he was jailed for 18 months, half suspended and he was placed on the Sex Offenders’ Register for 10 years.

Abbi said: “When I think back to how close I came to suicide it really scares me. There were times I didn’t think I’d ever see this day. I never thought I’d be able to feel normal, like me again. But with a lot of help and support, I’m here and I’m going to keep going.

“What Simon Cash did is now imprinted in the history of my life and my family’s life but I’ll do everything I can to ensure he has no power over my future.

"Now as I face into 2021 I can say I’m happy. I have a new puppy, Mac, my present to myself to say well done for jailing that pervert.

"I needed to get Simon Cash off the streets for my own sanity and for the sake of other young women. And I needed to make sure the truth left him unable to work as a nurse or a midwife or with vulnerable people.

“I feel strong and empowered today and content that the truth is out. I’m happy to face people again because I know this was not my fault, this was his doing.

“So this year instead of lying in bed wanting to die, I’ll be living my life. I'm free of this monster but he will never be free of what he did to me because justice has been done.”

Help is available for victims of abuse

There are also non-verbal ways for victims to reach out through the Helpline, for example via web and instant message.

Further information and support is also available on the following websites:Follow the Official Rokna NEWS Telegram Channel For More and fresh NEWS.