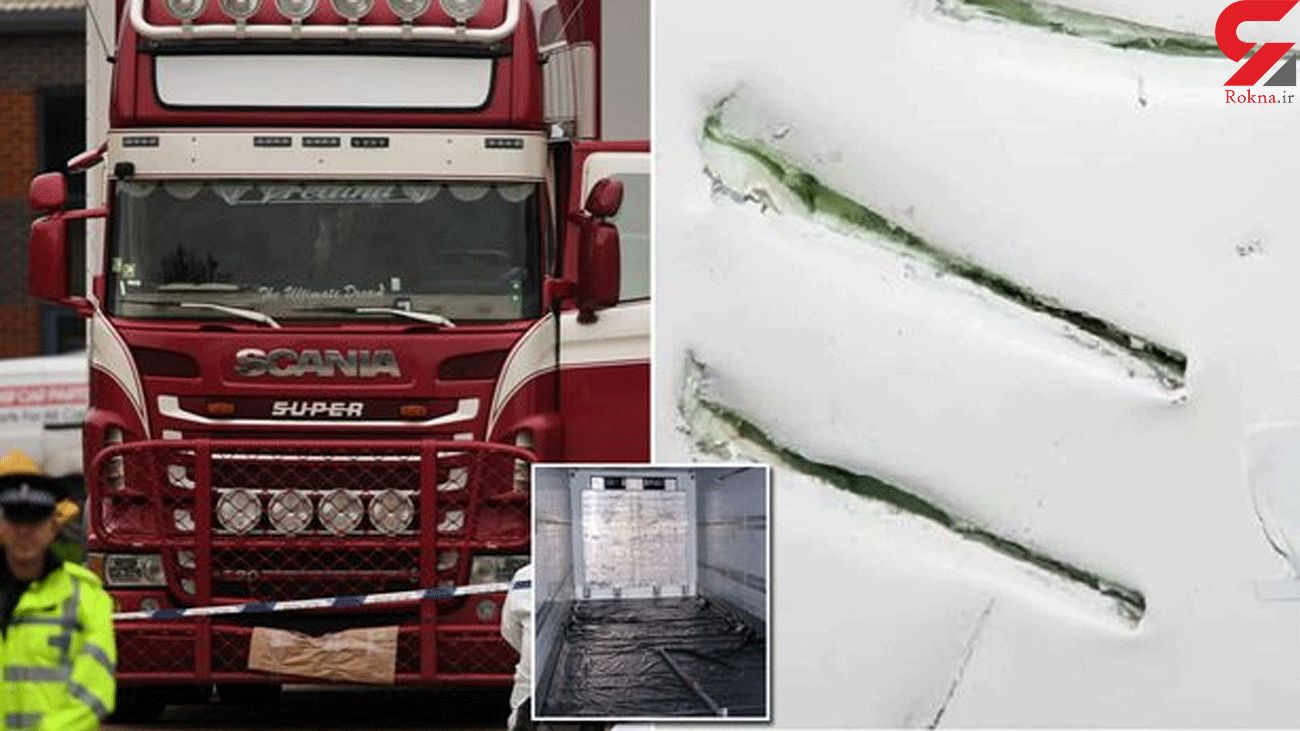 The Vietnamese migrants who died in the back of a lorry used a metal pole to punch the inside of the trailer in their final desperate bid for air.

The deep holes and scrapes they left in the sides and roof of the trailer became evidence of their effort to escape the nightmare.

Distressing images of the inside of the trailer that capture the 39 victims' frantic bid for survival were released by Essex Police, as the trials of those involved in the people-smuggling ring came to an end.

The marks of the victims' final struggle paints a stark picture of the cost of people smuggling, laid bare by their horrific deaths in Grays, Essex, last October.

Despite their best efforts to escape, all of those trapped inside - aged between 15 and 44 - suffocated to death.

They were sealed shut with no means of escape from the dark, hot container that was described in trials as becoming like a "tomb" as temperatures soared to almost 40C.

Emergency services found most of the victims in varying states of undress, as they tried desperately to cool off and carbon dioxide mounted to deadly levels around them.

Some had bashed on the roof as they tried to flee the toxic prison, trying to use the metal pole to puncture through it.

Realising there was no reception in the trailer, some typed out heartbreaking texts and recorded voice messages saying goodbye to their loved ones.

"Maybe we're going to die in the container, can't breathe any more," 28-year-old Pham Thi Ngoc Oanh typed to her husband - a message that was never sent.

A married couple who died holding hands were among the pile of bodies that confronted police who opened the trailer in to find the horrific scene last October.

A pole can be seen on the floor of the trailer

The deaths of Tran Hai Loc and Nguyen Thi Van, both 35 - the couple who were found entwined - left their children orphaned.

Their tragic story was just one of the many of among the 39 people who suffered as they perished in the airtight container being shipped from Zeebrugge to Purfleet.

The victims were en-route to the UK after borrowing and paying thousands in hopes of securing work to provide support for their families back home.

Jurors were told among the group were a bricklayer, a restaurant worker, a nail bar technician, a budding beautician, and a university graduate, who had worked in IT to save up and fund his own passage.

The agony the victims would have faced in their final moments was laid out starkly at a series of trials of those involved in the plot - the latest of which ended this week.

Former Detective Chief Inspector Martin Pasmore, who dealt with the victim's identification, said the victims were treated with the utmost dignity after their 'horrendous' final struggle.

He said: "It was shocking to say the least."

Investigators work at the scene following the tragic discovery

"Dying in such a horrendous way... You could not help but have a great sense there was no panic there.

"They seem to have died with dignity and respect for each other, just the way the bodies were laid.

Four members of a million-pound people-smuggling ring were found guilty on Monday following a 10-week trial.

Romanian ringleader Gheorghe Nica, 43, from Basildon, and lorry driver Eamonn Harrison, 24, from County Down, were found guilty on Monday of 39 counts of manslaughter.

They were also convicted of their part in the people-smuggling operation with lorry driver Christopher Kennedy, 24, from County Armagh, and Valentin Calota, 38, from Birmingham.

The verdicts bring the total number of people convicted in Britain to eight, including haulier boss Ronan Hughes, 41, of Armagh, and 26-year-old lorry driver Maurice Robinson, of Craigavon, who admitted manslaughter.

Prosecutors are considering charges against a further three people.