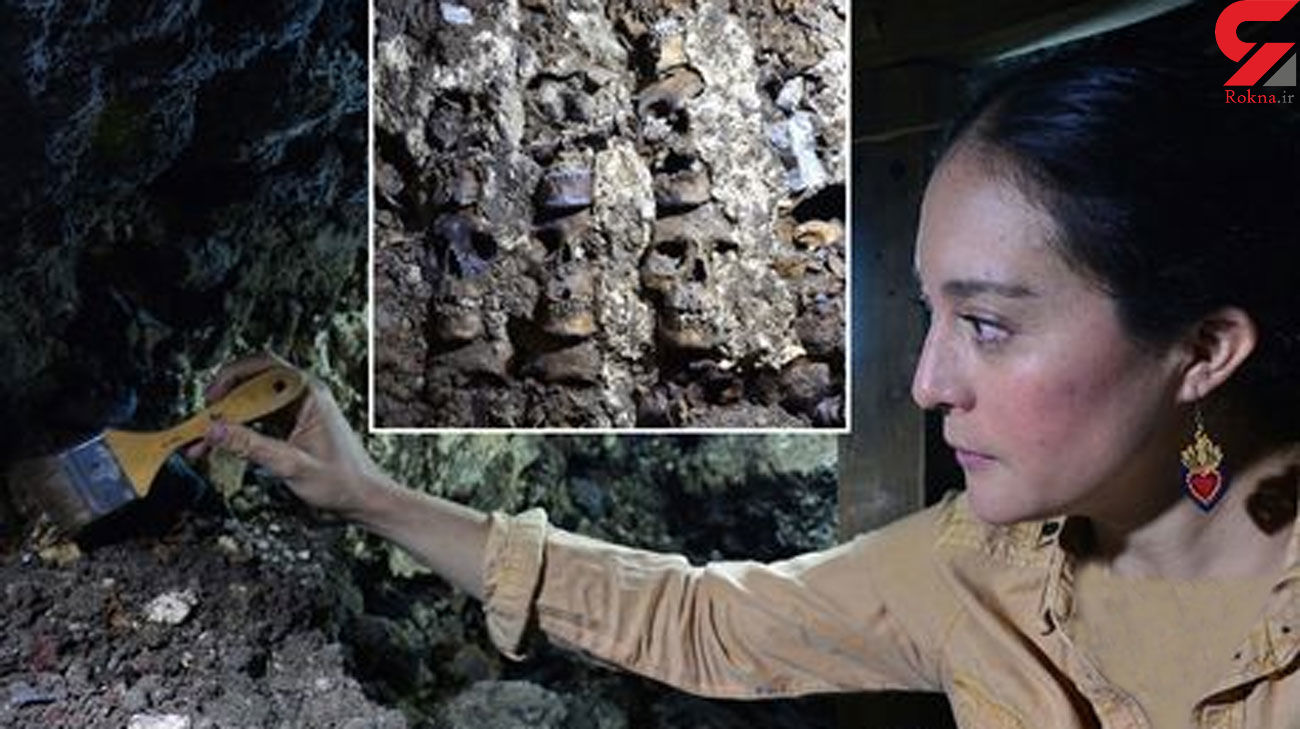 Archaeologists have discovered the remains of more than 100 Aztec men, women and children in Mexico who appear to have been "sacrificed to the gods".

The grisly findings were discovered during the restoration of a building in Mexico City and are believed to be part of a five metre "skull rack" at a shrine to the Aztec god of the sun, war and human sacrifice.

Hundreds of human heads have been previously unearthed at the site, first uncovered three years ago.

The 119 new skulls are thought to form part of the Huei Tzompantli - an array of skulls that once struck fear into the Spanish conquistadores when they captured the city in the 15th century.

The remains are most likely to belong to captured warriors while others could have been killed in ritual sacrifices to appease the gods, according to the National Anthropology and History Institute.

Archaeologist Barrera Rodriguez said: "Although we cannot determine how many of these individuals were warriors, perhaps some were captives set aside for sacrificial ceremonies."

More than 650 skulls have now been found at the site, located in the area of the Templo Mayor, one of the main temples in the Aztec capital Tenochtitlan, which later became Mexico City.

The discovery is now being described as "one of the country's most important archaeological discoveries in years" by the Mexican authorities.

Culture Minister Alejandra Frausto said in a statement: "At every step, the Templo Mayor continues to surprise us.

"The Huei Tzompantli is, without a doubt, one of the most impressive archaeological finds in our country in recent years."

Three construction phases of the tower, which dates back to between 1486 and 1502, have been identified by archeologists.

The Aztecs and other Mesoamerican peoples performed ritualistic human sacrifices as offerings to the sun and would have considered the chilling tower "a building of life rather than death", according to experts.

When the site was first discovered in 2017, Rodrigo Bolanos, a biological anthropologist, said: "We were expecting just men, obviously young men, as warriors would be, and the thing about the women and children is that you'd think they wouldn't be going to war.

"Something is happening that we have no record of, and this is really new, a first in the Huei Tzompantli."

In Mesoamerica, human sacrifice was seen as a way of ensuring the continued existence of the universe and has been documented in ancient cultures throughout history.In a typical ritual, victims would be taken to the highest point of the temple to be sacrificed where four priests would lay them down on a slab of stone.

The abdomen would be sliced open by a fifth priest using a ceremonial flint knife to split open the chest, before the priest would rip out their still-beating heart.

It would then be placed in a bowl held by a statue of the honoured god, before the victim's body thrown down the stairs landing at the base of the pyramid.