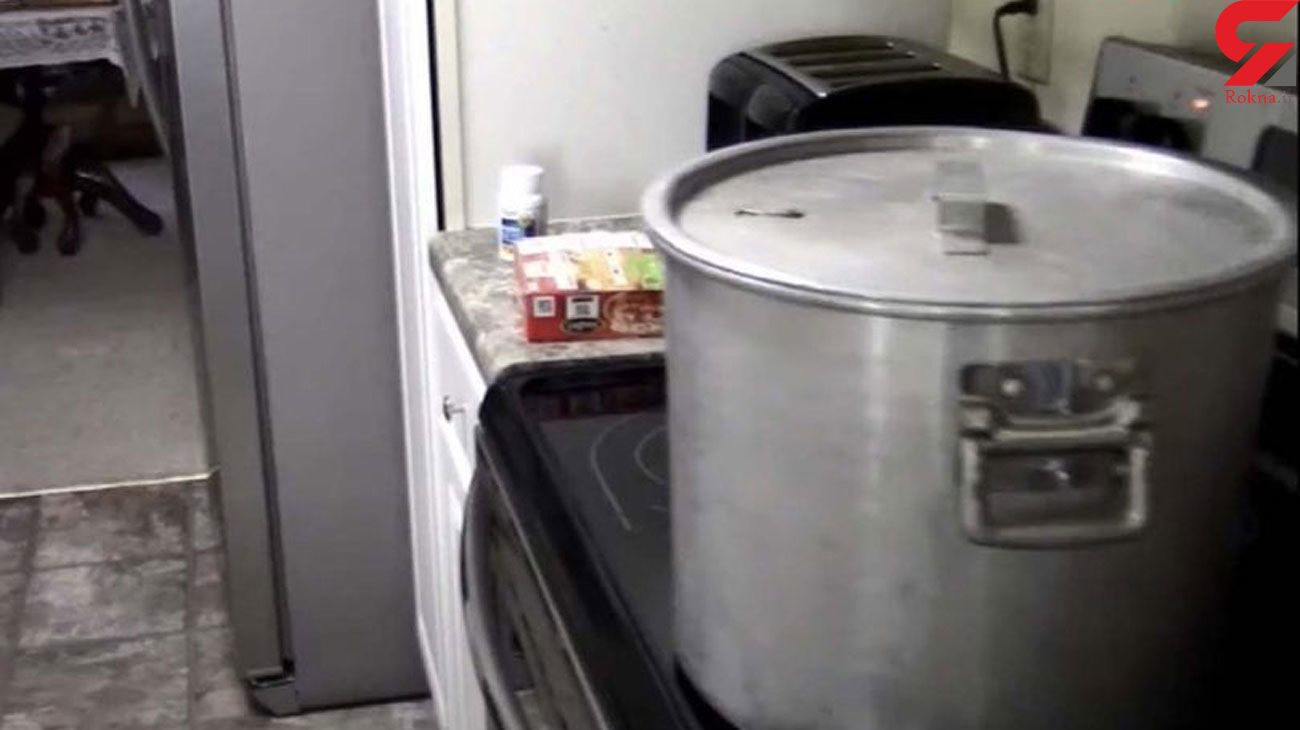 In 2016, Joel Guy and his wife Lisa were hosting their final Thanksgiving family gathering in their home in Knoxville, Tennessee.

They had just sold their house and were moving to start a slower pace of life. Joel, 61, was an engineer who was ready to retire. The couple had been married for 31 years and shared a sense of humour and a love of nature.

On 24 November, Joel and Lisa, 55, opened their home to his three grown-up daughters from a previous relationship and their son Joel Jr, 28. Joel Sr and Lisa had been married for 31 years

Joel had travelled from Baton Rouge, where he attended Louisiana State University. He’d been taking college courses for more than a decade, had never had a job and was supported financially by his parents – but that money supply was about to end.

Joel Sr had told his daughters that the following month, when Joel was home for Christmas, they were going to tell him they weren’t going to support him any more. He said it was time his son stood on his own two feet.

The family celebrated Thanksgiving on the Thursday and Joel returned to Baton Rouge on Sunday. Then, on the Monday, Lisa failed to turn up for her administration job and wasn’t answering her phone. Her supervisor alerted the authorities and requested a welfare check.

Police went to the house and entered through a garage door. They noticed the temperature – the thermostat was set to 32 degrees – and some officers recoiled at the smell. It was a mix of chemicals and the stench of decay. Groceries were strewn by the front door, wallets were left out and there were blood stains on the walls and carpets. There were also piles of blood-soaked shredded clothes. Upstairs, police discovered a severed hand in a room used as a gym.

Trails of blood through the house led officers to the dismembered bodies of Joel Sr and Lisa. It appeared Joel had been stabbed to death in an upstairs exercise room.

Then, as Lisa returned from a shopping trip, she was ambushed, knocking the groceries to the floor.

The bodies had been dismembered and the killer had tried to cover up the crimes. In the master bedroom, on plastic sheeting, stood two large, blue 42-gallon plastic containers filled with corrosive chemicals. Inside, body parts were floating and liquefying.

Downstairs, in a large metal cooking pot on the kitchen stove Lisa’s head was found dissolving in acid. There were also tools and knives around, as well as cleaning materials.

An autopsy revealed the true ferocity of the attack. Joel had been stabbed 42 times as he fought for his life.

The blades had severed his ribs and punctured his liver, lungs and kidneys. Afterwards, his limbs had been hacked off. Lisa had been stabbed 31 times and her limbs were also removed. The blows were so violent that nine of her ribs were severed.

The popular couple didn’t have any enemies – so who would have killed them so brutally?

The answer lay in a backpack in the room their son had stayed in when he returned home for Thanksgiving weekend. In a notebook, in Joel’s handwriting, were the details of a plan to murder his parents. The notebook would later be referred to as “the book of premeditation”. Joel had written reminders about what he would need for the murders, such as “get killing knives” and a detailed plan of how he was going to go about it. “Kill him with knife. Clean up mess before she gets home… kill her with knife…”

Notes referred to dissolving the body parts in chemicals, so the time of death would be impossible to determine, and to get rid of any forensic evidence. “Turn heater as high as it goes to speed decomposition,” he wrote.

The investigation revealed that weeks before the murders, Joel had made trips to buy knives, chemicals, containers and plastic sheeting. The five-page plan also told investigators why Joel had committed the crime – money.

Joel wanted to benefit from his parents’ life insurance policies. Had he worked out they were planning to stop supporting him financially?

Joel was arrested in Baton Rouge on 29 November as he tried to flee in his car. He had deep cuts to his hands and a meat grinder in the boot of the car. In his notebook he’d made the note, “Bring blender and food grinder – grind meat.”

Joel was charged with the murders of his parents. He pleaded not guilty.

At his trial in September this year, the prosecution argued that Joel had killed his dad while his mum was out shopping on 26 November – the Saturday after Thanksgiving.

During the killing of Joel Sr, there had been a struggle, indicated by torn blinds and blood on the walls. Two large knives had been left by an overturned machine.

Lisa had been next. Dropping her groceries as she entered the house, she was attacked with a knife and killed. Then her head was cut off.

Prosecutors said Joel had planned to burn down the house, but had cut his hands during the attack. CCTV footage at a store showed him buying first aid supplies on the afternoon of the murders and he later sought medical help at a clinic in Baton Rouge.

The court was told that Joel took what money he could from his parents’ bank accounts before returning to Baton Rouge, where he planned to wait for the proceeds of the life insurance policies. Joel Michael Guy Jr smiles at his lawyer during the trial

They showed the jury sickening photos and a graphic 30-minute video of the crime scene. An expert said it would have taken “substantial” time and effort to dismember the bodies. Joel was seen smirking and yawning as details were given to the court.

A five-page record of Joel’s intentions – written in his own words – gave details of how to dismember and dissolve the bodies and how he would reap the financial rewards. In a section entitled “assets” he wrote about hiding his father’s body and inheriting his mother’s $500,000 life insurance. “Money all mine,” he wrote. “I get the whole thing.”

The defence argued that no fingerprints had been on the journal, suggesting it might not have belonged to Joel.

But it was hard to dispute the handwriting match or details about Joel Sr and Lisa that only their son would have known – including her life insurance policy listing her son as a beneficiary.

Last month, Joel, now 32, was found guilty of two counts of premeditated first-degree murder, three counts of felony murder, and two counts of abuse of a corpse. Joel sat with a blank expression on his face.

Joel Sr’s daughter, Chandise Fink, described her dad and Lisa as “wonderful” people who had loved her half-brother. “They were larger than life,” she said. “They were so happy and such really good people.”

She apologised to everyone involved in the case at having to see the scenes inside the house. “I am very sorry that this evil had to come into their life, too,” she said. Joel Sr’s other daughter, Michelle Tyler, said she’ll never forgive her half-brother. “I rest easy knowing that God is OK with my choice not to forgive someone who has murdered my parents.”

Joel was sentenced to five life sentences with the chance of parole after 51 years. He awaits a hearing to decide whether the sentences will be served consecutively. If that’s the case, he will never be released.

Joel meticulously planned the murders of the parents who had supported him for years and were trying to encourage him to flourish on his own. But he already had intentions of going solo.