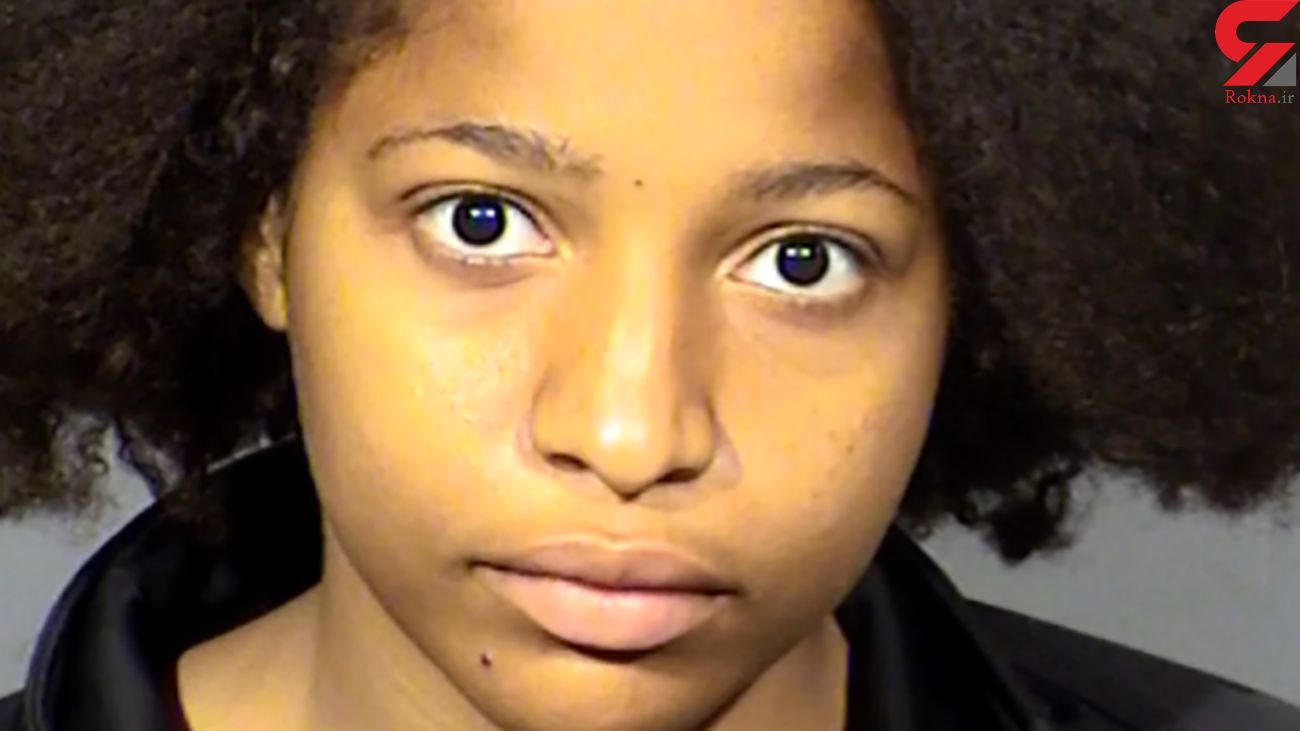 Amanda Sharp-Jefferson faces two counts of murder after her 1-year-old daughter, Rose Singleton, and 2-month-old sister, Lily, were found dead in her apartment at around noon on Friday.

Singleton told police that he found his daughters’ bodies stacked on top of each other in a bassinet crib.

On the 911 call, Singleton was overheard asking Sharp-Jefferson what happened.

He then told police: ‘She drowned them...I feel like their mom drowned them or something.’

Singleton told police that he asked Sharp-Jefferson why the girls’ bodies were stacked on top of each other.

He said she then ‘shushed’ him in response.

When he went to check on the kids, he realized they were not breathing and their bodies were cold.

‘[Sharp-Jefferson] kept shushing him and at one point, made a statement that their organs were worth a lot of money,’ the arrest report said.

First responders who arrived on the scene pronounced the children dead.

The arrest report again quoted Sharp-Jefferson as saying that the children’s organs could be worth money.

Singleton told police he and Sharp-Jefferson had been together since 2018.

He said their relationship was normal until a few weeks ago, when Sharp-Jefferson ‘started talking about the altar spirit world making allegations that he was cheating with his spirit wife.’

On Thursday, Singleton said he left the apartment to go visit his grandmother. He told police that Sharp-Jefferson seemed ‘fine’ and everything was normal.

Police said they took her into custody and drove her to headquarters to question her as well as to maintain her safety.

In her statement to police, Sharp-Jefferson denied knowing Singleton. She also denied having children.

Sharp-Jefferson told investigators that she lived alone in her apartment and woke up on Friday to find two children in her living room who appeared to be dead.

She told police she believed the children, their toys, and their strollers were planted in the apartment by someone.

According to police, she did not call for help. Instead, she took a shower.

‘Amanda described the children to be of a darker skin and one of the kids to have foam coming out of its mouth,’ according to the police report cited by the Las Vegas Review-Journal.

‘Amanda noticed the children and instead of calling for help, she decided to take a shower because she “likes showers”.’

Investigators are still working to definitively determine the cause of death of both children, though Lieutenant Ray Spencer of the Las Vegas Metro Police Department said detectives had a ‘very good idea what the cause of injury is’ for Rose.

While it is not known if Sharp-Jefferson suffered from a mental illness, Spencer said he ‘would definitely not rule that out at this point.’