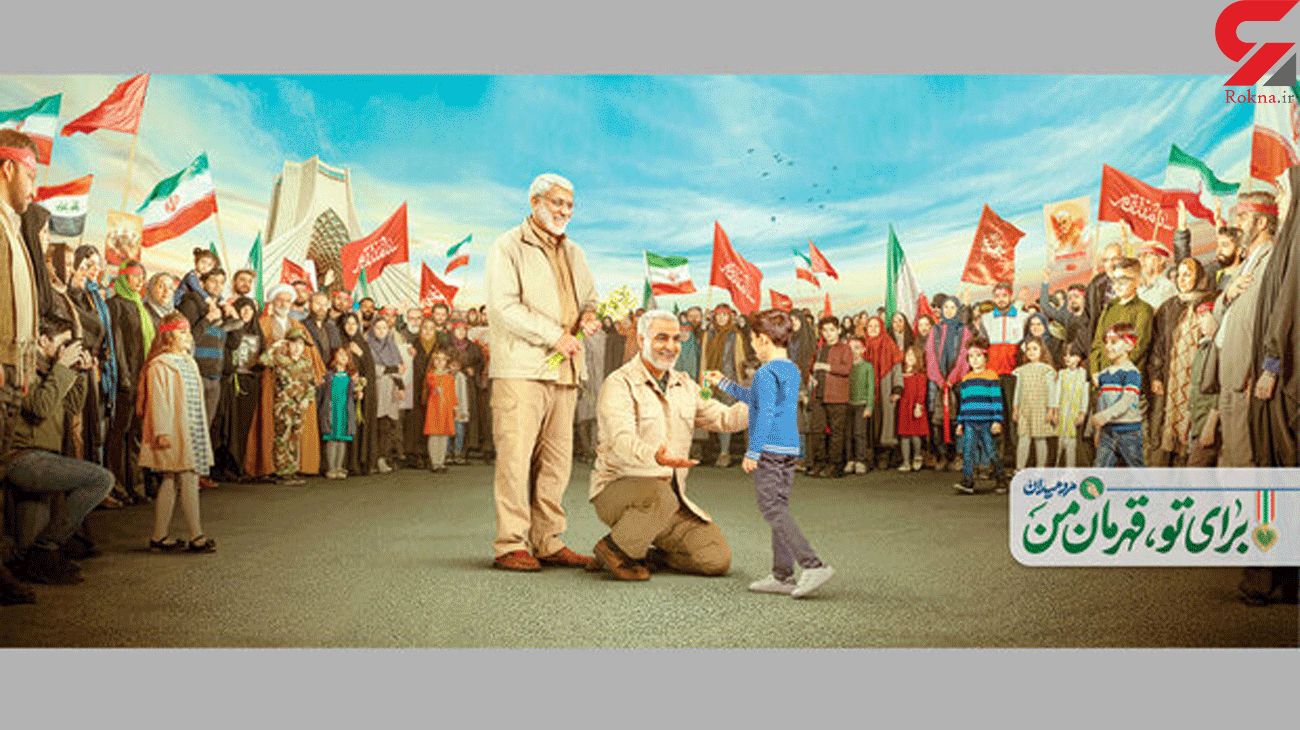 The General, Ghasem Soleimani, succeeded in convincing Russian President, Vladimir Putin that Syria was “the last trench of the East’s front” that if lost, the Westerners will attach no importance to the Russians. As a result of this meeting, Russia began its air raids in defense of the Syrian troops who were on the defensive after militants had marched toward the Syrian capital after capturing large swathes of the Syrian territory that were under the control of government forces.

But while the militants were making strides toward the presidential palace, the top Iranian commander was taking the Syria crisis in his stride. He flew to Moscow in 2015 to convince the Russians into playing a more active role in the Syria crisis. And Russians exactly did so.

The 2015 meeting was highlighted in terms of its diplomatic peculiarity. Because it was unusual for foreign officials to meet with the Russian president for so long. The meeting also highlighted the military qualifications of the commander of the IRGC Quds Force as a ground commander. General Soleimani went to Moscow with deep knowledge of what was happening on the ground. He played a crucial role in organizing and strengthening the Syrian ground forces and when Russian air forces entered the battlefield the tide turned in favor of the Syrian forces and their allies.

In 2012, while many observers were repeatedly predicting the fall of the Syrian government, General Soleimani helped send one of the most influential IRGC commanders – Brigadier General Hossein Hamadani – to Syria as a military advisor. General Hamadani was later martyred in Syria, but before his martyrdom, he, along with Major General Soleimani, asked the Syrian leaders to replicate Iran’s experience in using popular forces in difficult times. The Syrian leaders welcomed the offer and established the National Defense Forces (NDF), which played a crucial role in restoring stability in Syria and fighting terrorist forces there.

This proposal proved effective and prevented the militants from toppling the Syrian government.

On his proposal, Hamadani had said: “In March 2013, terrorists have completely gotten closer to the point of victory. With the full support of Saudi Arabia, Qatar, the Emirates and Western countries, they were able to tighten the siege and get closer to the Syrian Presidential Palace in Damascus, so that they almost occupied the palace. The situation was very complicated that night; of course, we had sent the families to safe places; Bashar al-Assad also knew that the work was over and he was looking to go to another country.”

Hamadani added, “The last offer was made to Bashar al-Assad that night. I said, ‘Now that everything is over and the presidential palace is on the verge of collapse, you must implement our last offer.’ He said, ‘What should we do?’ I said, ‘Open the weapons depot and arm the people with the weapons so that the people themselves can stop these terrorists.’ Thank God, he agreed to this proposal, and that night, with this action, Syria was saved from a certain fall, and the people repelled the Takfiri terrorists around the presidential palace, and then the Syrian cities. These same forces formed the core of an organization called National Defense, which is now fighting Daesh, al-Nusra, etc. in Syria.”

Major General Soleimani also supervised another force called “Defenders of the Holy Shrine,” which is comprised of Iranian and non-Iranian people who were sent to Syria to protect the holy shrines in Syria. Soleimani was in very close contact with these forces and regularly paid a visit to them at the frontlines.

Those who fought alongside Major General Soleimani had been impressed by his continued presence on the ground alongside the forces.

Sheikh Abbas Ahwazi is one of the Defenders of the Shrine, who had been sent to Syria to fight against enemies. In a detailed interview with the Iranian Mashregh news website in July 2018, Ahwazi recounted how Soleimani had been omnipresent at the front lines of the battle in Syria.

“Sometimes, General Soleimani attended at the lookout. He inspected all the areas under his command from the front lines to back lines. Even where we are in a battle with the enemy, he has a field presence; for example, he would ride on a motorcycle trail, inspect and warn the commanders of weaknesses,” Ahwazi explained.

General Soleimani’s field presence earned him the trust and respect of many pundits and politicians in the region and beyond.

“Martyr Qassem Soleimani was really a man of God. He was trusted by the establishment and the Leader. He loved the Revolution and the oppressed. He was really devoted. He was at the forefront of the battle against global arrogance, the Takfiris, and Arab reactionism. He was undaunted by death, martyrdom, and world superpowers. I think though he was strong, courageous, and powerful, he was modest, religious, and pious. He was submissive in front of the divine will,” Amir Mousavi, a former Iranian diplomat and expert on West Asia, told the Tehran Times.

According to Mousavi, General Soleimani had very close contact with the ordinary people in the region, including the Syrians and Lebanese.

“He felt unusual love for martyrs and fighters. He did everything in his power to meet the needs of a fighter, from personal services such as washing clothes to cooking foods and to cleaning the deployment places of troops. And this was clear for all that how he was modest, devoted, and altruistic in all fields. He was a great man,” Mousavi pointed out.

“The strongest and most successful general on the battlefield against Takfiri terrorism who was taking care of all nations was General Soleimani. He fought the most brutal terrorist group (Daesh) and worked to save humanity regardless of religion and sect,” Seyed Reza Sadr al-Hosseini, an expert on West Asia, told the Tehran Times.

These characteristics have made General Soleimani very popular in Iran. He was so popular among ordinary people that millions of Iranians attended his funeral procession.