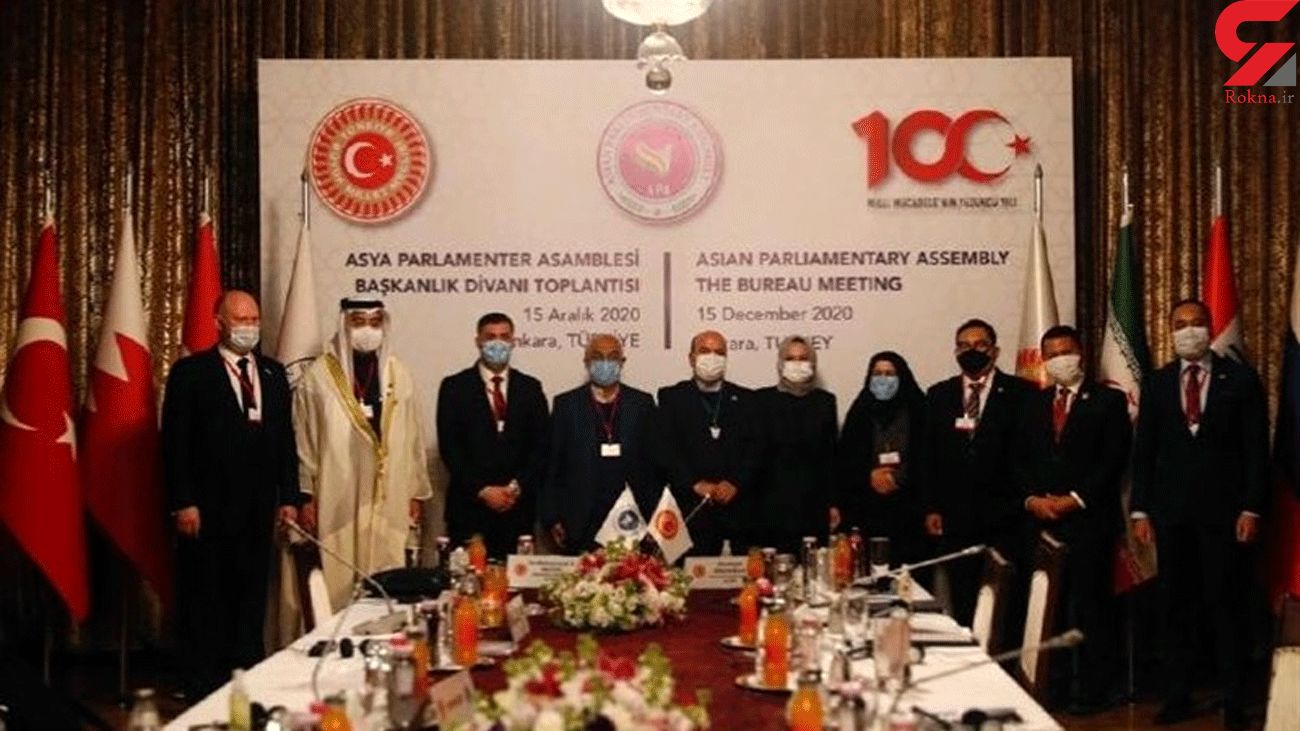 The Secretariat of the Asian Parliamentary Assembly held the first Bureau session of the assembly in Turkish capital Ankara last week.

Participants in the event unanimously elected the parliamentary group of Iran as the chair of APA Standing Committee on Social and Cultural Affairs.

The meetings was attended by parliamentary delegations from Turkey, Iran, Russia, Iraq and Bahrain as members of the APA presiding board.

In a speech to the event, head of the Iranian group, MP Masoumeh Pashaee Bahram, denounced the unilateral and destructive policies of certain countries in the world, saying the Asian governments have the necessary capacities for parliamentary diplomacy to enhance international cooperation in dealing with the challenges.

APA had not held any face-to-face meeting since the outbreak of the COVID-19 pandemic in early 2020.

The APA Bureau is comprised of vice-presidents of the four APA Standing Committees representing Iran, Bahrain, Iraq, and Russia, as well as Indonesia as rapporteur.