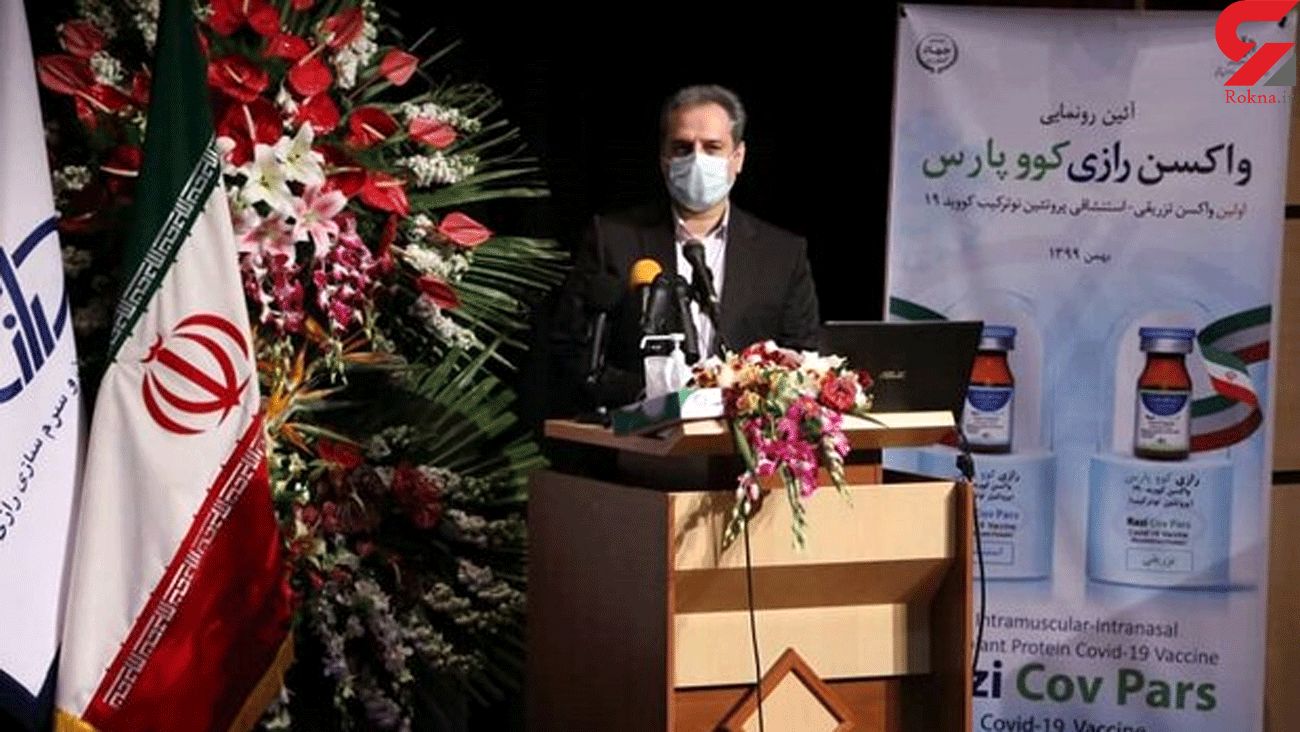 Addressing the unveiling ceremony, the Iranian Minister of Agriculture Kazem Khavazi congratulated the nation for the scientific achievements against the coronavirus.

"The vaccine is made by a special team of Iranian doctors, pharmacists, veterinarians, and chemists at the Razi Institute, which fully complies with the instructions of the World Health Organization (WHO) and the Food and Drug Administration (FDA)," Khavazi said.

"This vaccine has been produced under the direct supervision of the Iranian Ministry of Health and in full cooperation with the Medical Equipment Department," he said, "We hope to successfully pass the 1st and 2nd-in-human trials."

RVSRI is known as one of the oldest and most reputed scientific centers in Iran.

This Institute began its activities in the year 1925 by producing a vaccine against Rinderpest under the supervision of the Ministry of Agriculture. Rinderpest at the time had caused large casualties in the cattle population of the country, but the Razi institute team very rapidly took up the research and production of the Rinderpest vaccine.Follow the Official Rokna NEWS Telegram Channel For More and fresh NEWS.