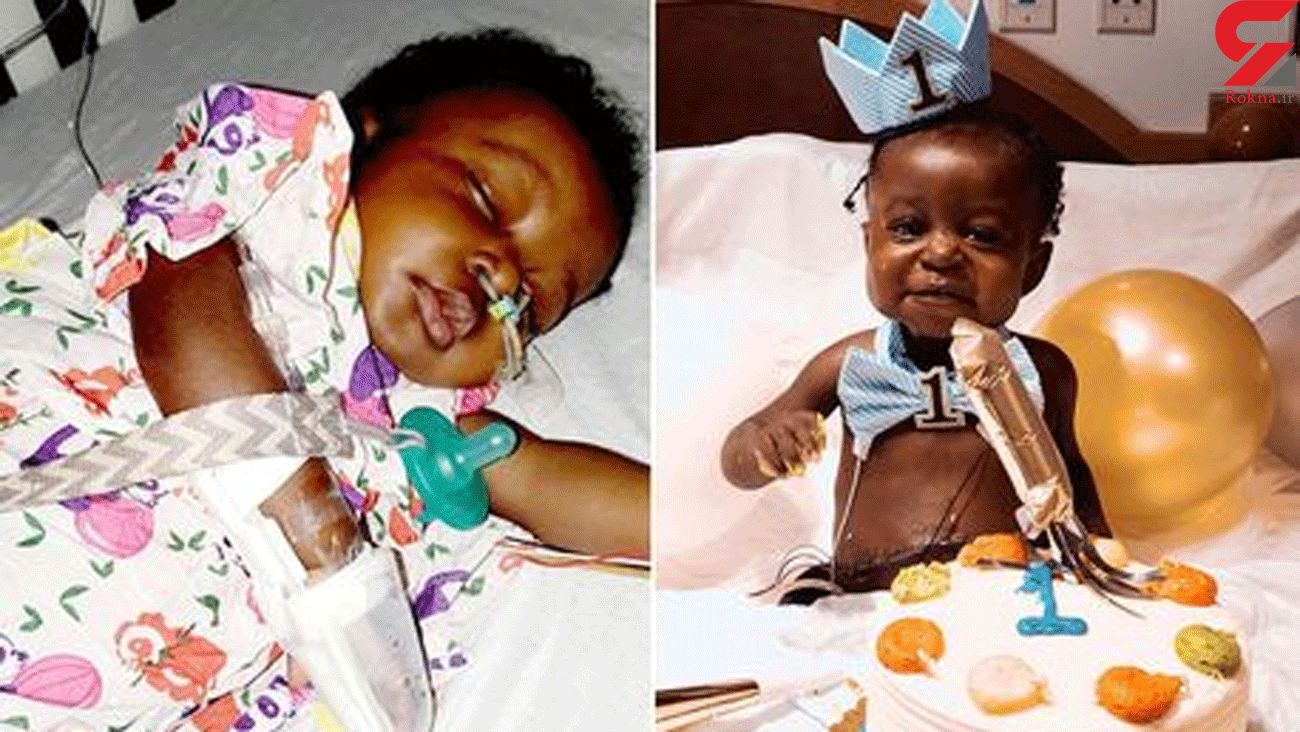 A "miracle baby" who survived both a liver transplant and Covid-19 has defied all odds to celebrate his first birthday.

Kasen Donerlson, from New York, was born on January 14, 2020 in Syracuse, New York at a healthy weight of eight pounds.

But he started experiencing breathing difficulties from day one so he spent his first three days of life in intensive care, according to a crowdfund launched by his mum to raise funds for medical expenses.

He was diagnosed with a severe case of Jaundice and Respiratory Breathing, a condition which doctors said would improve overtime.

But within a week from discharge, mum Mitayah Donerlson described how her baby "continued to experience pale clay-base stool, dark urine, yellowish eyes," and was unable to maintain his weight.

Ms Donerlson took her child in for further evaluations and two months later was told he had a severe case of biliary atresia.

Little Kasen went in for emergency surgery to repair the structure of his bile ducts but the procedure was unsuccessful and he needed a liver transplant."We had endless hospital visits and we would be there for five or seven or 10 days because of the severity of the disease and the complications that Kasen was having,"

"He would have fevers that wouldn’t come down."

Kasen's mum managed to get her son on the transplant waiting list at UPMC Children's Hospital of Pittsburgh.

But as the family anxiously waited to be called, they were dealt another blow as they all contracted Covid-19, Kasen included.

"His body was like touching a stove," , Ms Donerlson told ABC as she recollected the moment he woke up with a fever.

Kasen spent three days in hospital but thankfully managed to avoid any complications.

Two weeks later, Ms Donerlson received the miraculous news that a liver had been found for her beloved child.

Kasen underwent the transplant at the beginning of January reportedly weighing just 10 pounds more than his birth weight.

But the life-changing effects of the surgery were instant, with his mother saying the results were immediately visible.

She shared updates of Kasen's condition on Facebook, including one seven days after surgery which said: "Kasen entire life he experienced yellowish/greenish eyes, Not today."

While upon reaching the long-fought milestone of his first birthday, she posted a picture of Kasen back at home and smiling as he sits with a massive cake in front of him.

"Words cant explain your Strength, Courage, and Determination. I am HONORED to be your Mother," she said.

"Thank you for being my instructor. You're my instructor to lessons that I could only learned from You. I Love You beyond measures. Keep showing the world the impossible Are Possible.. HAPPY BIRTHDAY KASEN."Follow the Official Rokna NEWS Telegram Channel For More and fresh NEWS.