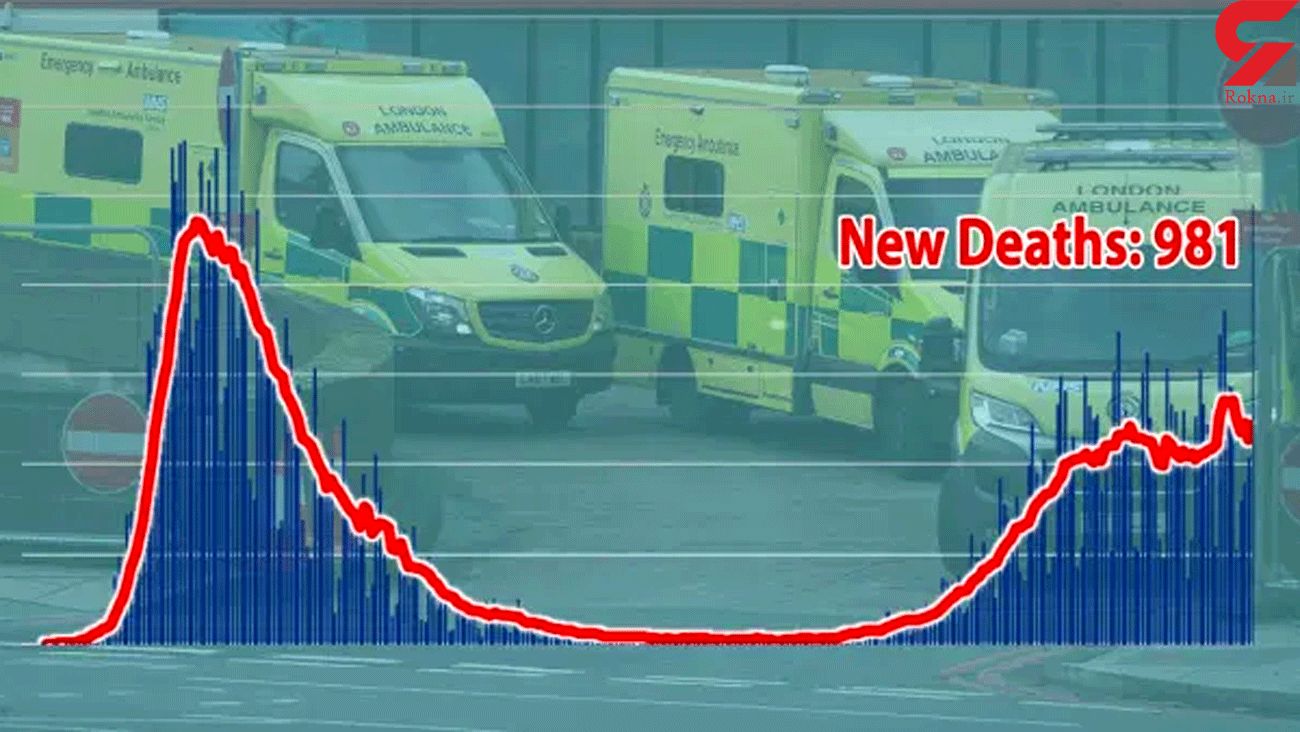 The number of coronavirus deaths in the UK has increased by 981 - a record daily toll during the second wave of the pandemic.

It is the highest daily figure reported since April 24, when 1,010 deaths were reported, and it is likely higher than 981 due to a lag in reporting deaths over the Christmas period.

Britain's official toll now stands at 72,548 fatalities within 28 days of a positive test, although the actual total, including death certificates mentioning Covid-19, is believed to be more than 88,000.

A further 50,023 people have tested positive for Covid-19 as of 9am on Wednesday, down from a daily record of 53,135 lab-confirmed cases announced on Tuesday.

Earlier on Wednesday, the NHS announced that a further 494 people who tested positive for coronavirus have died, bringing the total number of confirmed reported deaths in hospitals in England to 49,719.

The latest victims were aged between 30 and 100 years old. All except 20 (aged 36 to 92) had known underlying health conditions.

More than 2,000 new coronavirus cases have been recorded in Scotland in a single day, the second day in a row of the highest daily number of cases since the pandemic began.

The latest Scottish Government figures indicate 2,045 new cases of Covid-19 were reported in the last 24 hours, after a previous high of 1,895 cases on Tuesday.

Wednesday's figures also reported 43 deaths, bringing the death toll under this measure - of people who first tested positive for the virus within the previous 28 days - to 4,510.

Seven Covid-19 deaths had been recorded between Friday December 25 and Tuesday December 29, though the Scottish Government noted that register offices have been closed over the public holidays.

There are 1,133 people in hospital confirmed to have the virus, with 69 of them in intensive care.

There have been a further 2,281 cases of coronavirus in Wales, taking the total number of confirmed cases to 146,706.

Public Health Wales reported another 13 deaths, taking the total in Wales since the start of the pandemic to 3,429.

In Northern Ireland, six further deaths and 2,143 positive cases were announced on Wednesday.

The UK has approved a new Covid-19 vaccine from Oxford University and AstraZeneca as millions more people were plunged into the toughest Tier 4 lockdown restrictions in England while a mutant strain of the virus spreads out of control.

The Oxford jab, which has been described as a "game changer", was given the green light by the Medicines and Healthcare products Regulatory Agency (MHRA).

Health Secretary Matt Hancock said the vaccine is a "great British success story" and that 530,000 doses will be available for rollout from Monday.

But he announced in the Commons that far more parts of the country are now entering Tier 4 than before, with most other areas moving to Tier 3, due to rising infection rates.

The Midlands, parts of the North East and North West, including Greater Manchester, and parts of the South West are among those areas escalated.

An additional 20 million people will moved to the highest tier.

This means a total of 44 million people will now be in Tier 4, or 78% of the population of England.

A total of 12 million people will be in Tier 3 from Thursday, or 22% of the population of England.

Earlier, Mr Hancock revealed that the new, more infectious coronavirus variant makes up the majority of new cases in the UK.

In another major announcement on Wednesday, Education Secretary Gavin Williamson said primary schools in a "small number of areas" of England where Covid-19 infection rates are the highest will not reopen for face-to-face teaching to all pupils as planned next week.

He said only vulnerable children and children of key workers will receive face-to-face teaching in the first week of term.

All pupils in exam years will return to secondary schools in England from January 11 while the rest of secondary and college students will go back full-time on January 18, Mr Williamson said in a U-turn on the planned reopening.Follow the Official Rokna NEWS Telegram Channel For More and fresh NEWS.