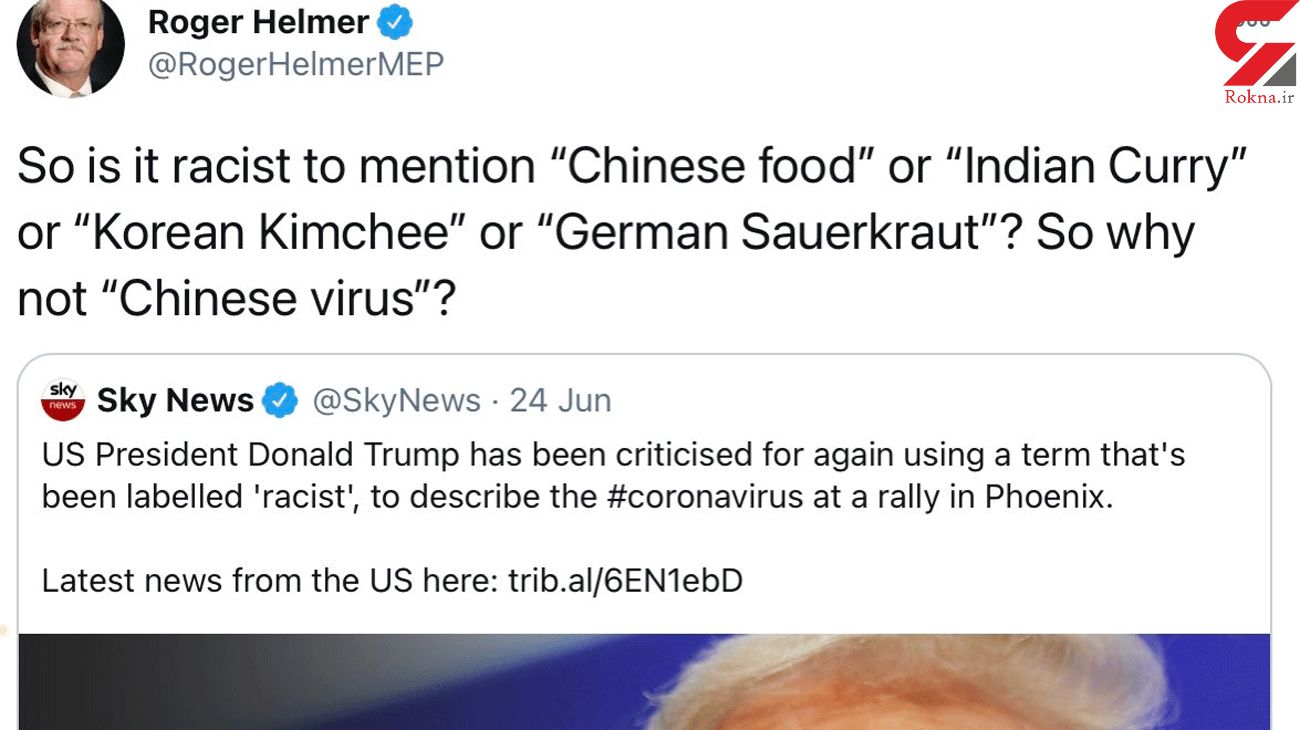 Former MEP Roger Helmer has scored an own goal by complaining that people are referring to a new strain of COVID-19 as “originating in the UK,” leaving Twitter to wonder: “Weren’t you calling SARS-CoV-2 the ‘Chinese virus’?”

Helmer, formerly a senior official in the UK Independence Party and a veteran member of the European Parliament, took to Twitter to express his dislike for the geographic descriptor of the new variant of COVID-19. “It's not ‘originating in the UK’. It was first identified there, which is an entirely different thing,” he said.

The point is fair, but coming from Helmer, many commenters thought it sounded quite hypocritical. The former MEP is a vocal defender of the term ‘Chinese virus’ to describe the pathogen responsible for the ongoing pandemic, a fact that was brought up by many responders.

“Touche, Mr Helmer,” said one critic, citing his previous insistence that the term was no more offensive than ‘Chinese food’ or ‘Indian curry’. “It merely refers to the country of origin,” another comment said, complete with a quote from Helmer.

The term ‘Chinese virus’ was pushed by the Trump administration as it was accusing China of covering up the severity of COVID-19 in the first weeks of the pandemic and allowing it to spread across the world. Beijing blasted the campaign as a blatant attempt to shift the blame for the US government’s failure to respond to the outbreak. Helmer called the term “clear, comprehensible … accurate & fact-based.”

Humanity has a long history of labeling devastating diseases in misleading ways. The Spanish flu of 1918, for example, is considered to be named that because Spain was a neutral nation in World War I, and as such the war censors didn’t ban the press from covering the consequences of the outbreak there.

In 2015, the World Health Organization adopted specific guidelines on how to name novel diseases, which discourage references to geographic locations, people’s names, animals, occupations, and words “that incite undue fear,” such as “fatal” or “unknown.” COVID-19 stands for “Coronavirus disease of 2019,” referring to the type of the pathogen causing it and the year of discovery.Follow the Official Rokna NEWS Telegram Channel For More and fresh NEWS.