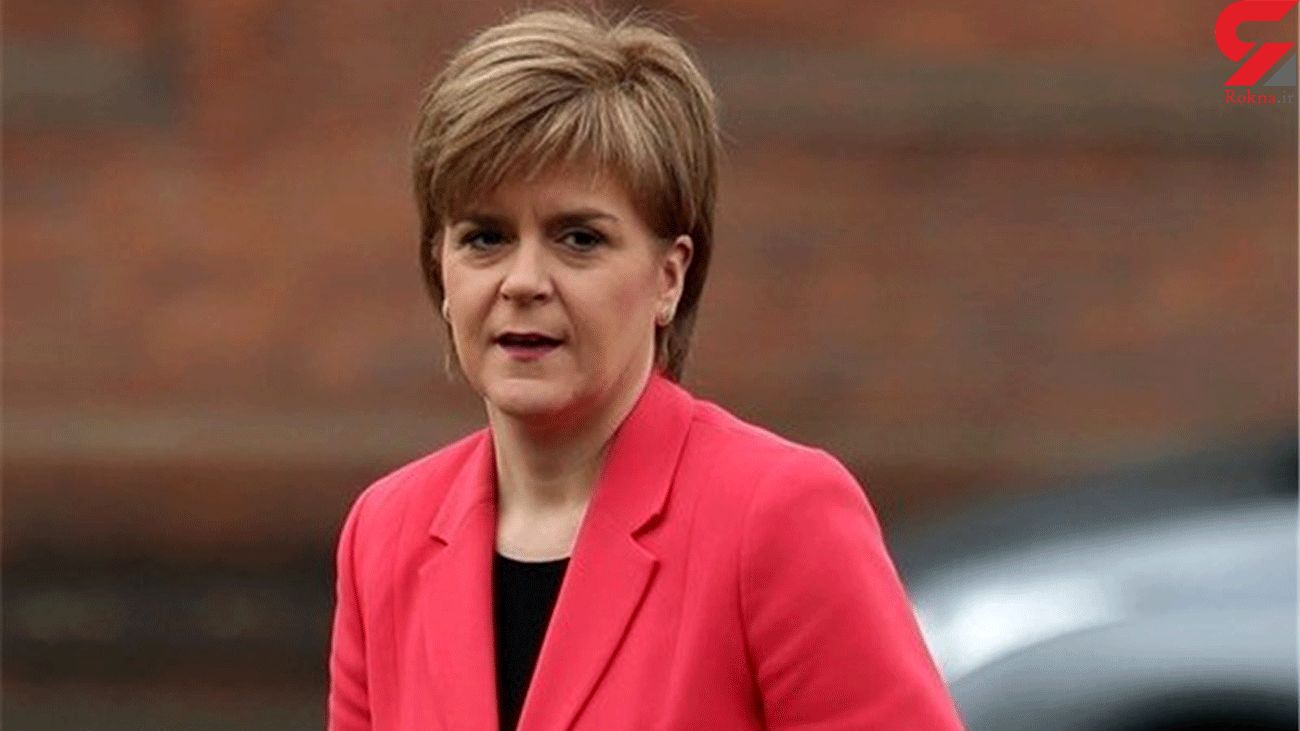 She said the UK faces a 'profoundly serious situation' because of the virus mutation and warned it would be 'unconscionable' to leave the European Union at the end of the year, the Daily Mail reported.

The Brexit transition period is due to end on December 31 but Sturgeon has called for an extension amid strict new lockdown measures to try to tackle the new coronavirus strain.

She wrote on Twitter: 'It's now imperative that PM seeks an agreement to extend the Brexit transition period. The new COVID strain – & the various implications of it – means we face a profoundly serious situation, & it demands our 100% attention.

'It would be unconscionable to compound it with Brexit.'

The Port of Dover closed to all freight vehicles leaving the UK for the next 48 hours after France imposed an inbound travel ban following the mutant COVID-19 strain which plunged London and the south east into Tier Four.

Hauliers coming to Britain from France will still be allowed in but there are fears that lorry drivers will not travel to avoid being 'marooned' in the UK.

On Sunday Britain reported a further 35,928 coronavirus cases as the mutant COVID strain sparked a 94.8 per cent rise in infections.

The spike in positive tests is the biggest daily case total Britain has ever had and is nearly double the 18,447 recorded last Sunday.

The 126 per cent rise in daily deaths comes after London and vast swathes of the home counties were thrust into a brutal Tier 4 lockdown due to a COVID variant running rampant in the south.

He also warned that the strain could increase the crucial R rate by 0.4.

On Saturday evening Sturgeon said 17 cases of the new strain had been identified in Scotland – 16 of which were in the Greater Glasgow and Clyde region.

The discovery of the faster-spreading mutation prompted both the UK and Scottish governments to drastically scale back the easing of restrictions over Christmas.

Sturgeon also announced all of mainland Scotland would be put under the toughest Level 4 restrictions from Boxing Day for at least three weeks.

Countries across Europe have started banning flights from Britain after the disclosure the country is the centre of the outbreak of the new variant, which is up to 70% more transmissible than the original.

France, Germany, Italy, the Netherlands, Belgium, Austria, Ireland and Bulgaria have all imposed restrictions on UK travel, while the Port of Dover announced its ferry terminal was closing to all traffic leaving the UK due to French border restrictions.

Johnson is set to chair a meeting of the Government's Cobra civil contingencies committee on Monday as ministers seek to ensure a 'steady flow of freight into and out of the UK'.

The Scottish Government is expected to take part in the Cobra meeting and Sturgeon will then chair a resilience committee meeting to discuss freight disruption.