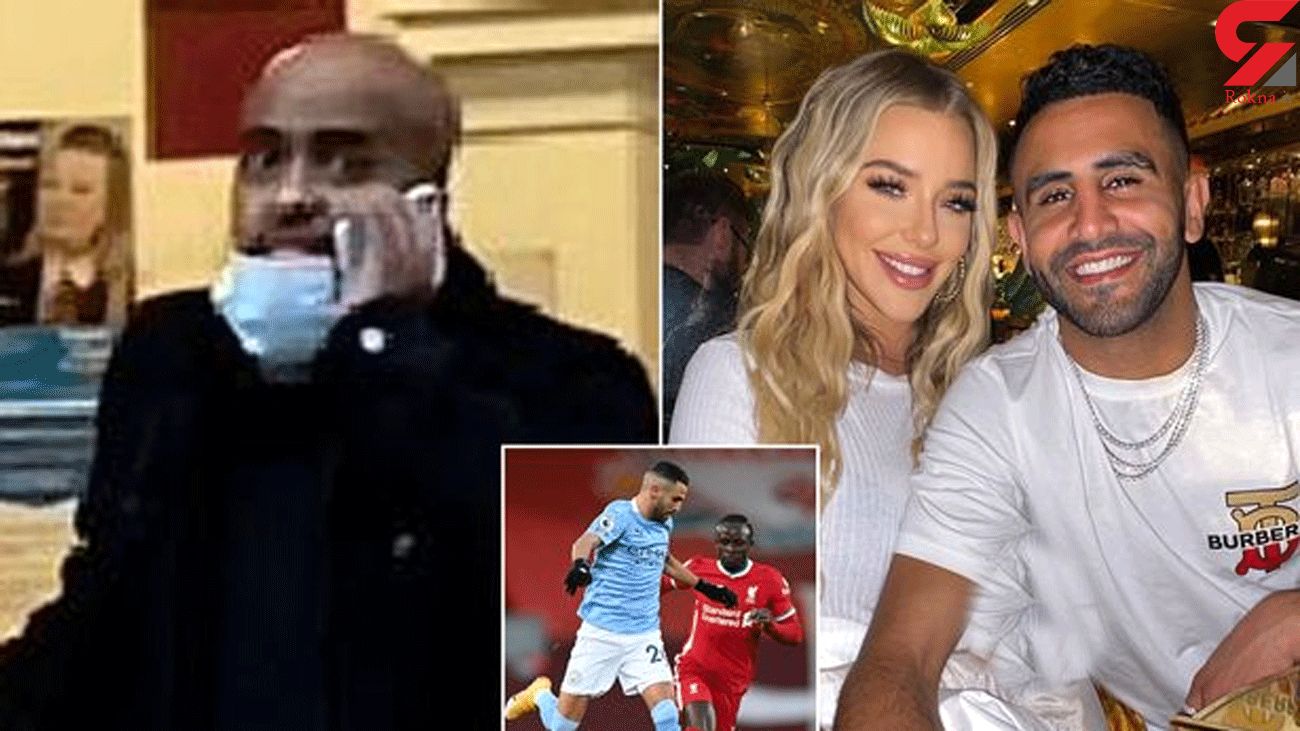 Sharif Mohamed, 32, splurged £20,000 of the winger's cash partying in Ibiza, and also spent large sums on designer clothes, a five-star hotel staycation, gambling at a casino in London, and binging on KFC, Nando's and Greggs.

It took Mahrez more than a month to realise that a con artist had blown the money.

The 29-year-old footballer was targeted after an "unknown person" called up Barclays, posing as the £200,000-a-week winger, and ordered a replacement card in his name.

Mohamed travelled from his home in East Ham, east London, to Leicester, where Mahrez was playing at the time so large cash withdrawals from ATMs would appear less suspicious, Snaresbrook Crown Court heard.

Alex Matthews, prosecuting, said £175,830 was stolen from the player between 16 August and 20 September 2017 when the card was finally stopped.

Detailing the trip to Ibiza, Ms Matthews said thousands of pounds was spent at the Bali Beach Club restaurant, adding: "It was a very nice holiday.

"Hotels, various beach bars, this is a holiday the defendant said in interview that he went on."

Referring to a series of boutique payments the prosecutor said: "He spent £900 in one and £600 in the other - and that's just one night in Ibiza."

Mohamed also bought a pair of Armani jeans worth more than £1,400 with Mahrez's card, the court heard.

Ms Matthews added: "Mohamed entered a basis of plea that he was acting under direction, he worked for a group at the bank."

He said the bank card belonged to a "Premier League footballer, which explains why there was so much money on it".

Mohamed splurged £20,000 of Mahrez's money partying in Ibiza but now claims he is married and living "a modest life".

"In terms of personal benefit he can't exactly qualify, at least he had a very nice holiday and other benefits.

"It's not suggested either that when arrested he had copious amounts of the goods.

"One of the difficulties is that this was during a period of his life, some period ago, when he was drinking and taking drugs and his ability to recall in detail is rather limited."

Mohamed previously received a suspended sentence for a hotel booking scam and was jailed for 45 month in 2009 for robbery, the court heard.

Judge Laurie West-Knights, QC, said Mohamed also appeared to be involved in a "raft of spending in Murcia".

Reading from a list of card payments from shops and restaurants he added: "Five hundred quid at a boutique in Ibiza. Edward John Lucas (restaurant)."

"Then at the Shangri-La Hotel again."

But the judge indicated he might hand the fraudster a suspended jail sentence.

The judge said: "I'm sorry but if you think I'm being dense or my judgement is clouded by the Covid jab.

"I'm still interested in the personal benefit to him in terms of feel rather than actual numbers.

"I'm trying to get hands on whether he or somebody got very little out of it by comparison or he personally had a substantial amount.

"It affects my view of the criminality.

"Do I come away with the feeling that he is genuinely making a clear break of it?

"Which would be in my point of view an extraordinary extent of mercy.

"I need to resolve whether he has come clean, if he is deceiving me at this stage there is only one place he can go.

"I'm left with this feeling that the wool is being pulled over my eyes. when I'm being asked to make this exceptional order.

"I'm sorry I couldn't have dealt with it today but I'm particularly keen it should be dealt with fairly and properly."

Mohamed admitted one count of fraud.

He arrived at court with a sports bag expecting a possible jail term but sentence was adjourned until 25 February.

He was granted bail in the meantime.Follow the Official Rokna NEWS Telegram Channel For More and fresh NEWS.