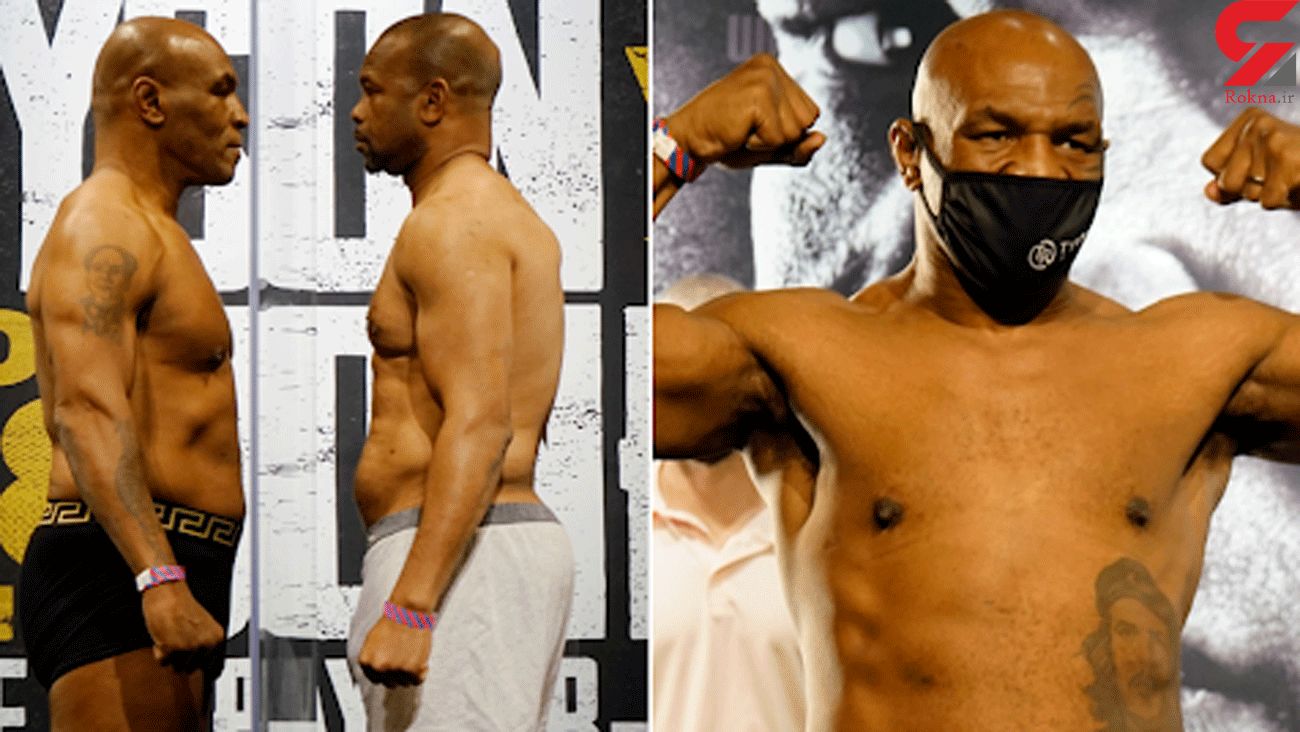 Jones scaled 210lb - the heaviest of his career - before Tyson weighed 220lb, the lightest he has been since he took a chunk out of Evander Holyfield's ear in their 1997 rematch.

Jones' previous heaviest was 204lb for his clash with Eric Watkins in 2015 having moved through the weights from middleweight to heavyweight as a professional.

And Tyson added: "I'm pitching punches and anything else is up to Roy.

The fight, which will take place over eight two-minute rounds, has been shrouded in controversy this week over whether the legends can knock each other out.

The California State Athletic Commission, who have sanctioned the bout, insist not but Tyson and Jones disagree.

A winner will be announced by the WBC who will have three former champions scoring the bout remotely.

"I just don't want to say the wrong thing because some people get angry, the boxing commission.

"I'm gonna go right at him at the bell and see what happens. It's going to be entertaining. He's a fighter. I'm a fighter."

In the co-main event, former NBA star Nate Robinson will make his professional debut against loudmouth YouTube star Jake Paul who fights for the second time.

Paul, who beat fellow social media star AnEsonGib on his debut in January, said: "I love the sport, I'm made for this and to me it's an opportunity to prove people wrong.

"Nate's kids, if you're watching, don't watch the fight, I don't want t embarrass your dad in front of you. It's going to be bad, it's going to be bloody."Follow the Official Rokna NEWS Telegram Channel For More and fresh NEWS.